Most of these athletes became living legends. And some changed their sport forever. 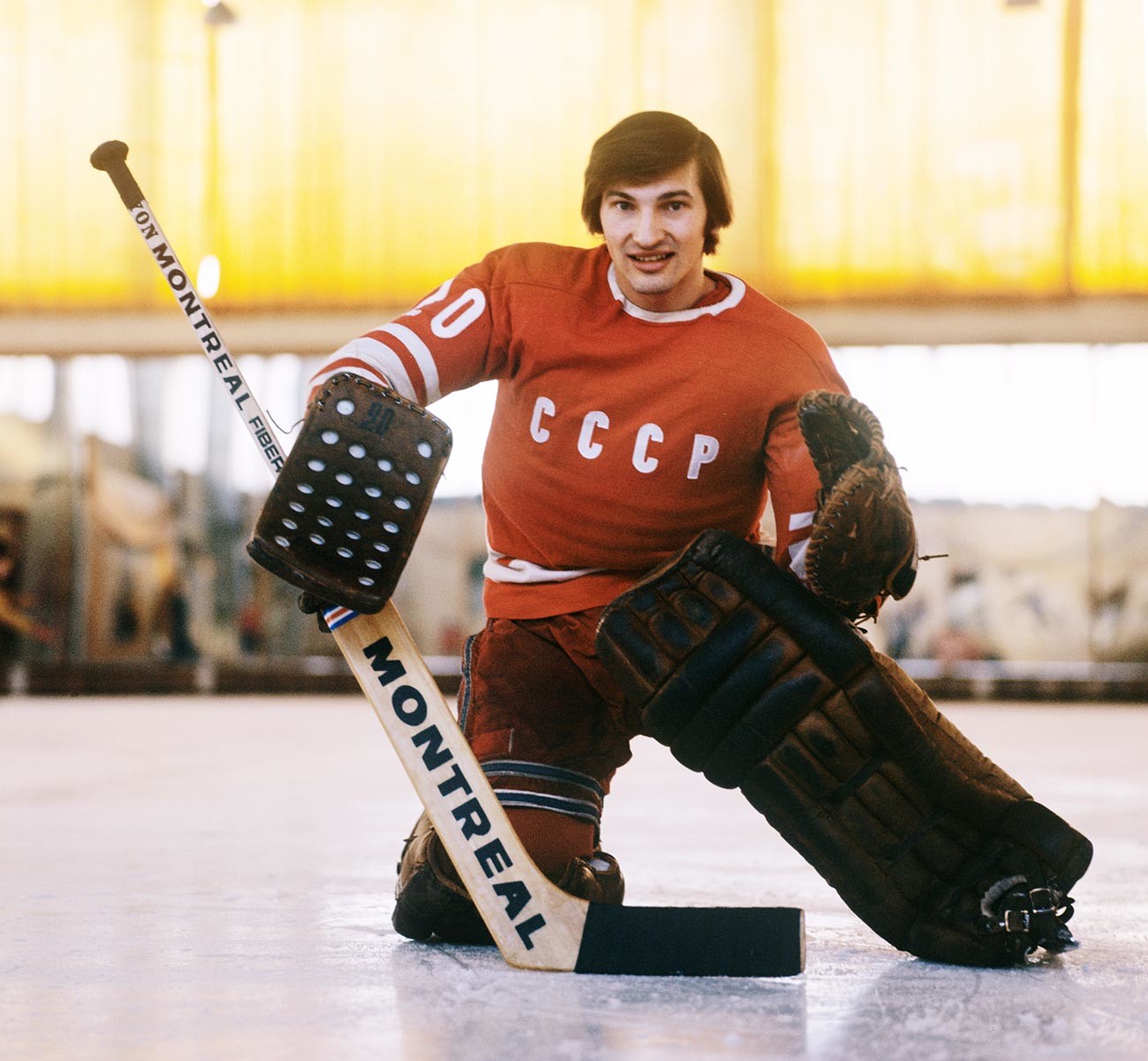 Tretiak is the legendary Soviet ice hockey player, who gained enormous fame on both sides of the Iron Curtain while playing for the Soviet national team as a goalkeeper.

Tretiak started training relatively late, at the age of 11 in 1963. But in the early 1970s he already gained fame in the Soviet Union who played for the legendary CSKA team and won a gold medal at the winter -OS 1972 as a member of the Soviet National Team.

Throughout his career, Tretiak achieved incredible glory, winning four Olympic medals and several world championships and cups. However, true international fame came to Tretiak after he surprised fans on the other side of the Iron Curtain with his performance in the 1972 Summit Series, when the Soviet team played against the Canadians. Despite his early retirement from the Soviet national team (he was only 32) and the fact that he never played in the NHL, Tretiak is considered one of the greatest hockey players of the 20th century by many sports experts in Russia and abroad. 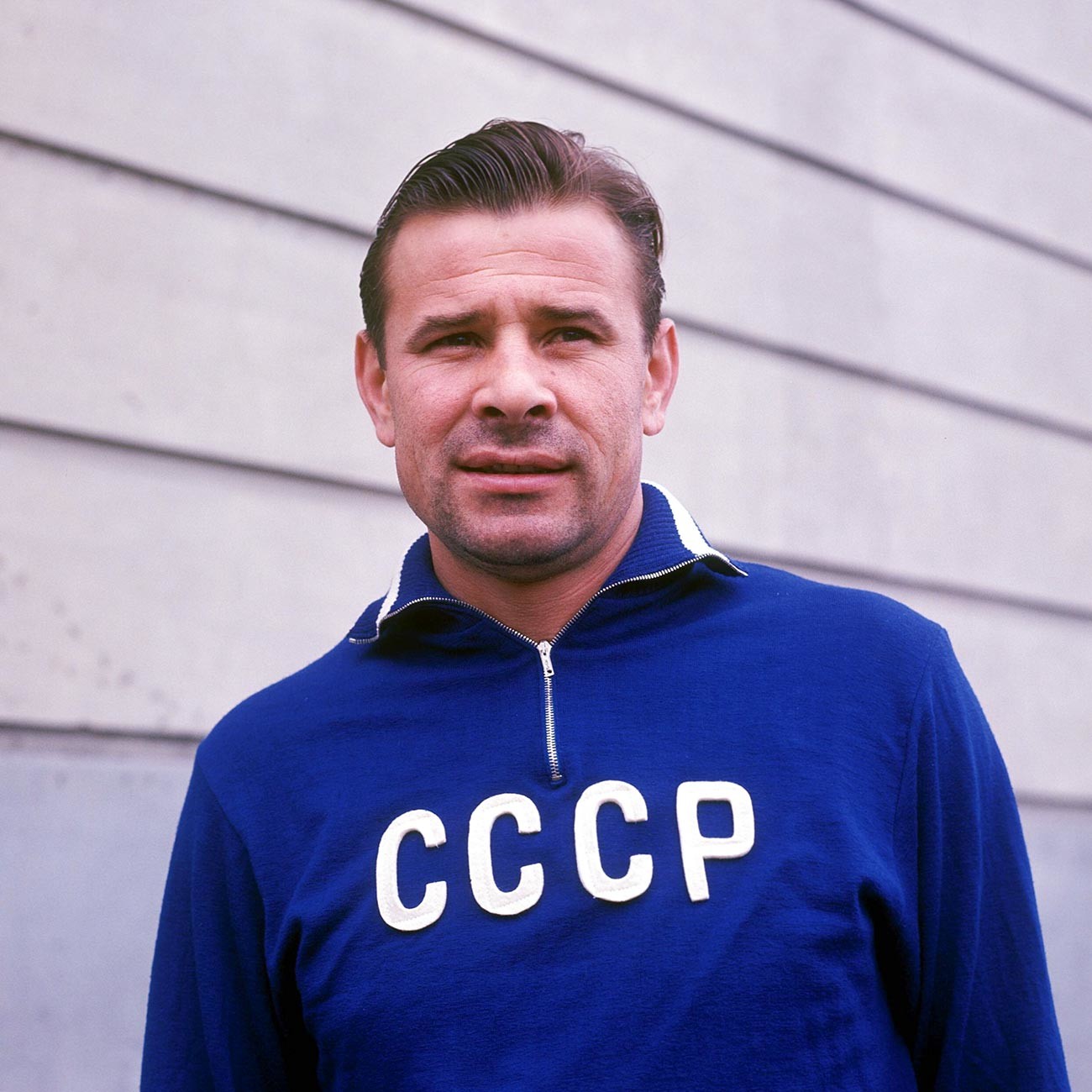 This legendary Soviet goalkeeper revolutionized the game by rewriting the style of play for all goalkeepers to come in later years. Before Yashin came into play, the usual training for most goalkeepers was passive play in the goal. Lev Yashin changed this forever through his active presence on the field and his command of the defense. He introduced running to meet ongoing attacks, a practice that has long been accepted as the standard in the sport.

Yashin was a gold medalist in the 1956 Olympic football tournament and saved over 150 penalties throughout his career, making him the most reliable goalkeeper in the game’s history. For his black uniform and innovative style of play, he was nicknamed ‘Black Panther’, ‘Black Spider’ and ‘Black Octopus’. 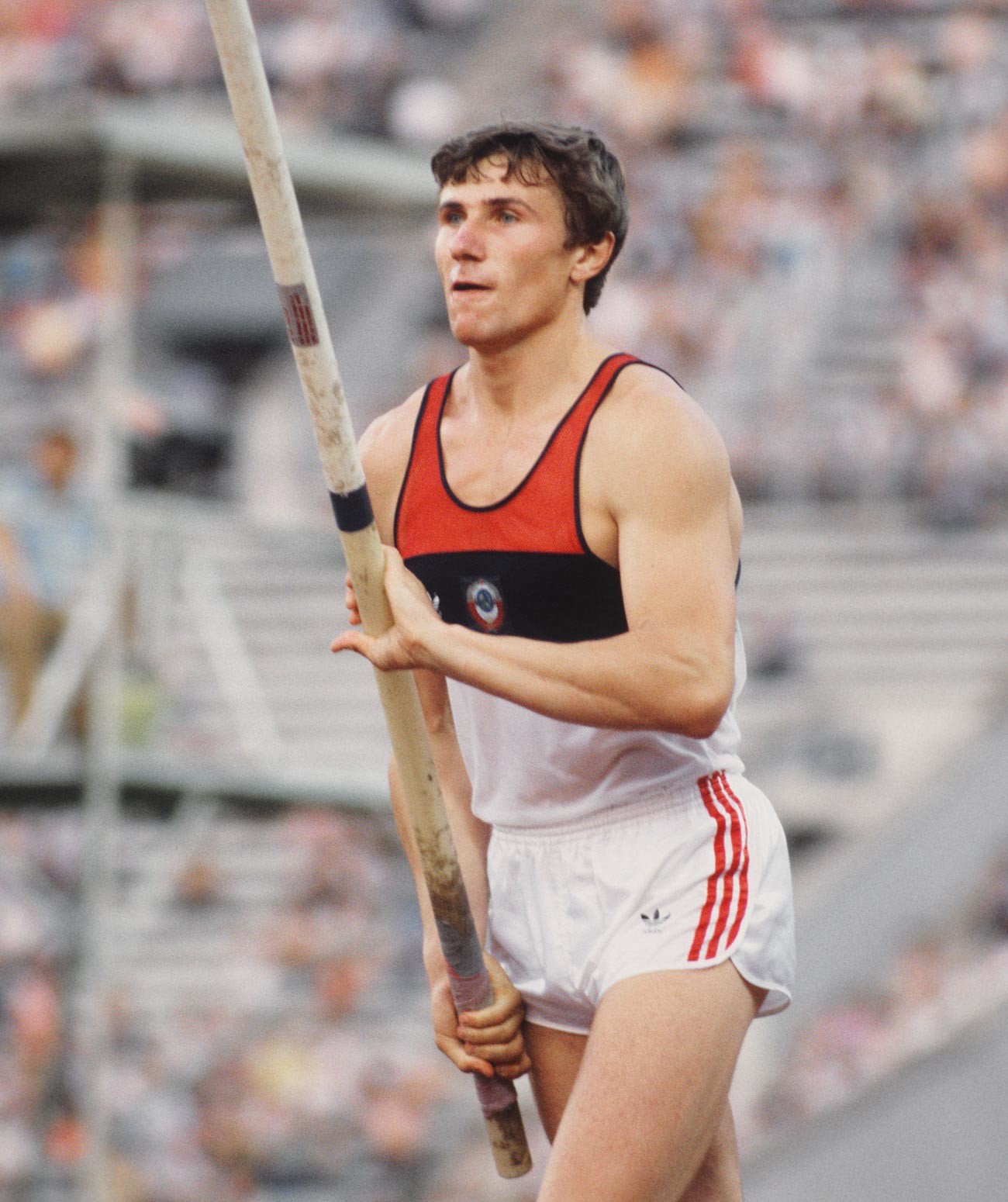 This Soviet athlete made history as the first pole vaulter to cover 6.0 meters and 6.10 meters. By winning six consecutive IAAF World Championships and a 1988 Olympic gold medal, Bubka broke the world record for men’s pole vault 35 times along the way.

Although Bubka’s record was erased in 2020 by the Swedish athlete Armand Duplantis, Bubka is a legend about the sport and is one of the few athletes who was inducted into the International Association of Athletics Federations Hall of Fame. After the collapse of the Soviet Union in 1991, Bubka, a native Ukrainian, became a citizen of the country. 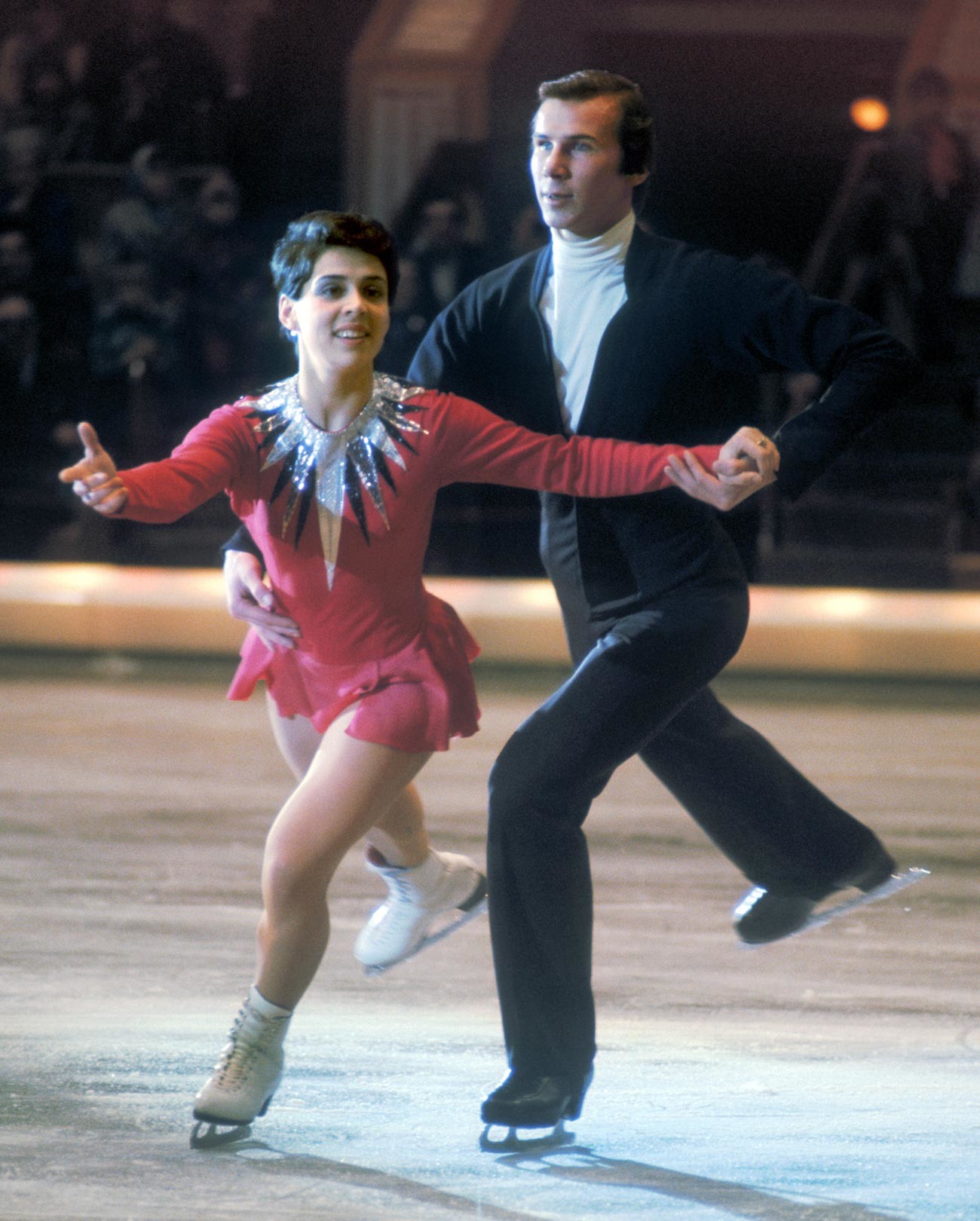 The legendary Soviet athlete ended up in figure skating by accident. As a child, Rodnina contracted pneumonia eleven times during her preschool years. To prevent the successive illness, her parents took her to an ice rink in Moscow, which was a fateful decision.

In the early 1970s, Rodnina had conquered the sport of figure skating and became the only athlete in the history of the sport to win ten consecutive world championships and three consecutive Olympic gold medals – 1972, 1976 and 1980. After retirement, Rodnina built a career in Russian politics to become Deputy of the Russian Legislature in 2007. 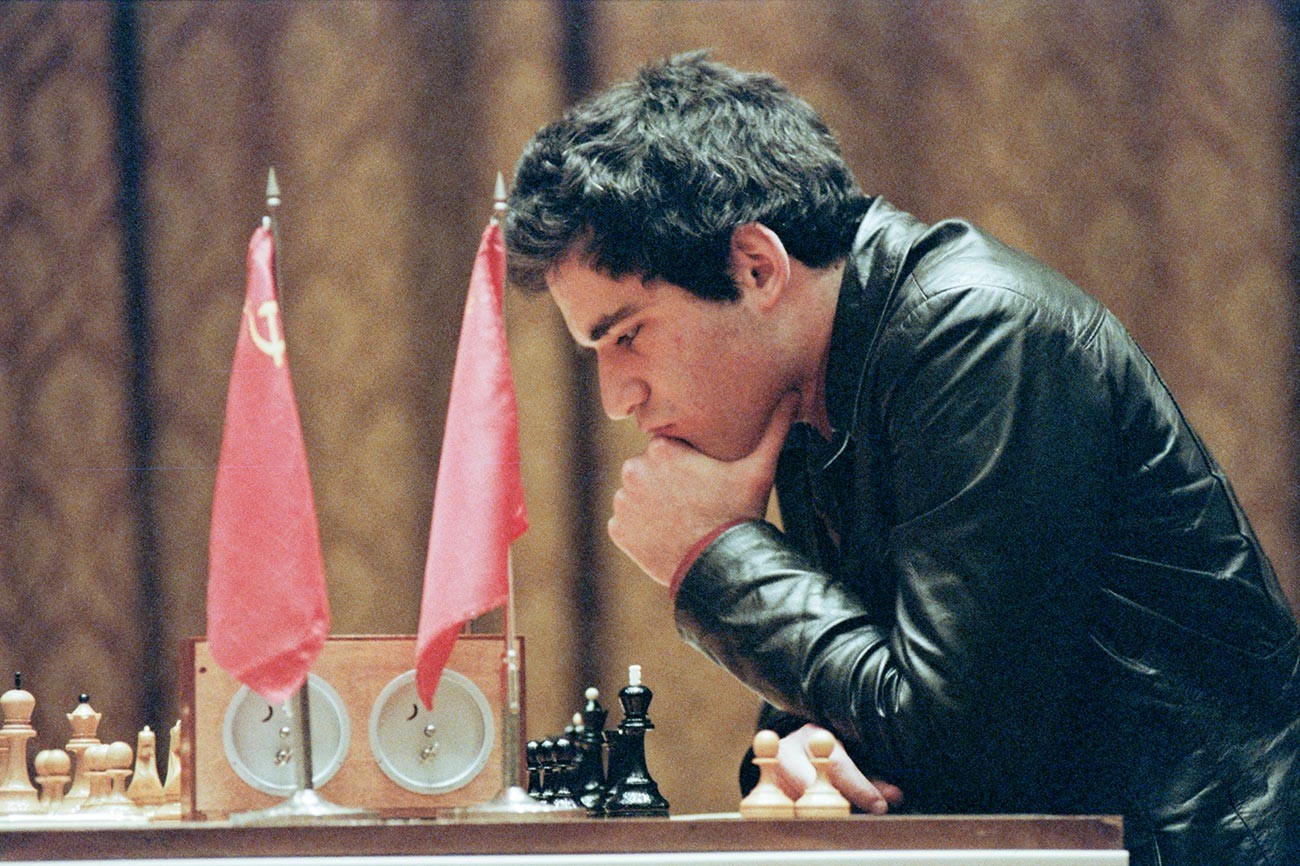 After leaving the sport, Kasparov engaged in Russian politics with strong critical views on the country’s leadership. He currently lives in New York. 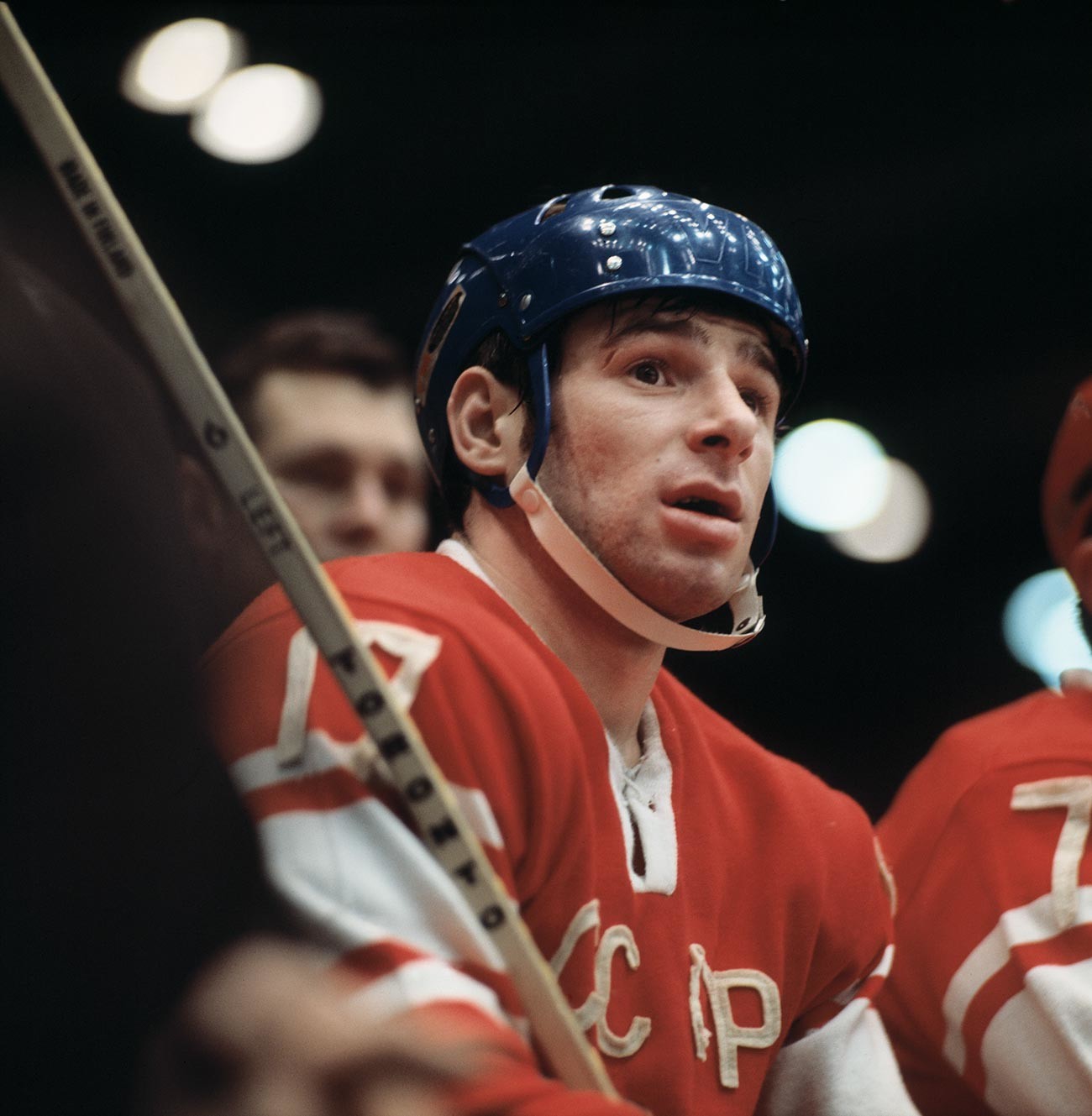 Forward Valeri Kharlamov was a living legend for millions of Soviet hockey fans when he dominated the Soviet and international hockey world from the late 1960s until his untimely death in 1981, just 33 years old.

Despite his relatively small complexion, Kharlamov dominated the field, thanks to his enormous speed and skill. As a member of the Soviet national team, he won two gold and one silver Olympic medals in 1972, 1976 and 1980, respectively. Many years after his death, he is still considered one of the greatest hockey players of all time. He was inducted into the Hockey Hall of Fame in 2005. 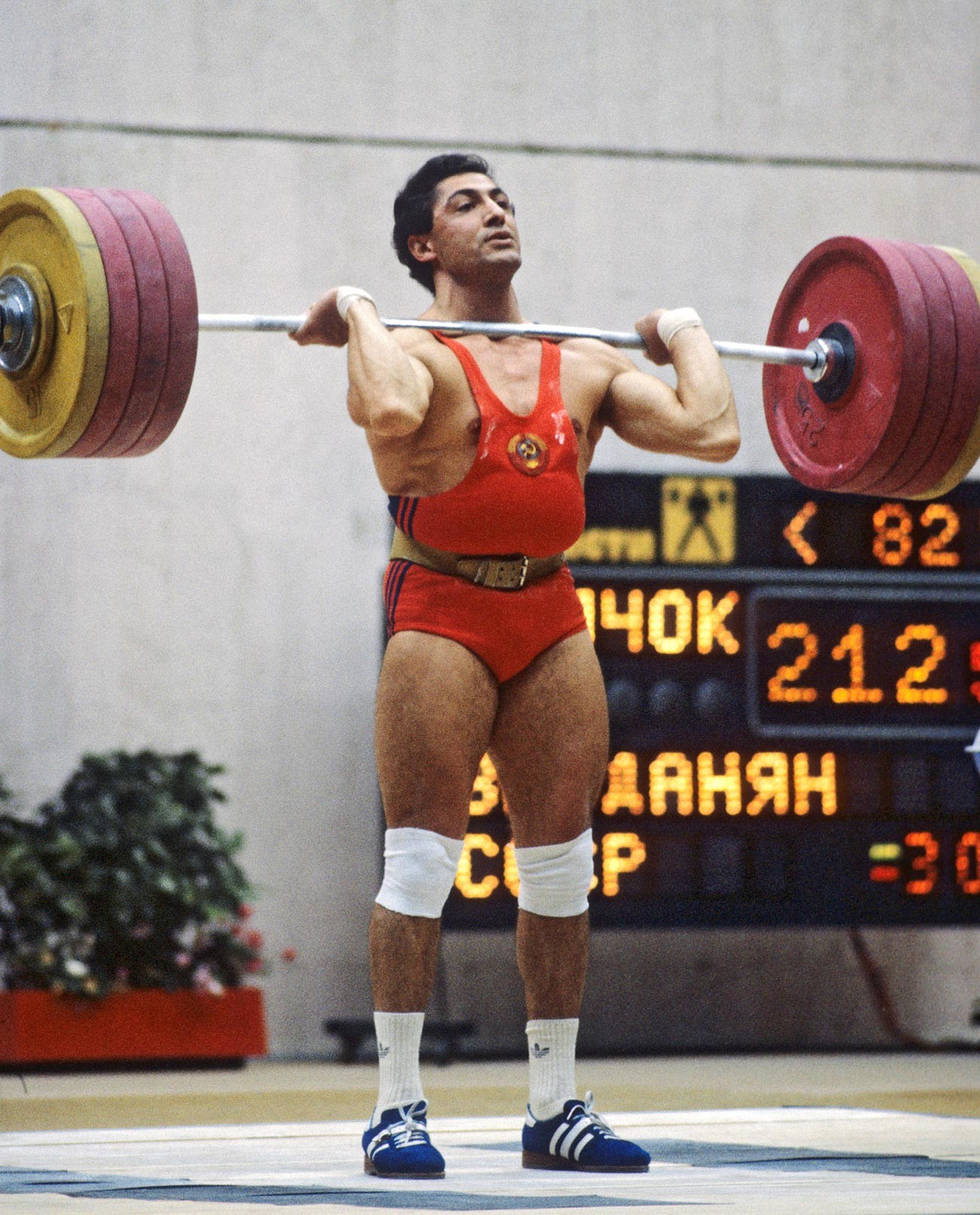 This Soviet Armenian weightlifter entered the history of the sport as the man who achieved several world records. In particular, Vardanyan became the world’s first weightlifter to reach a total of 400 kilos in the 82.5 kg weight class.

After the collapse of the Soviet Union, Vardanyan made a career in Armenian politics. 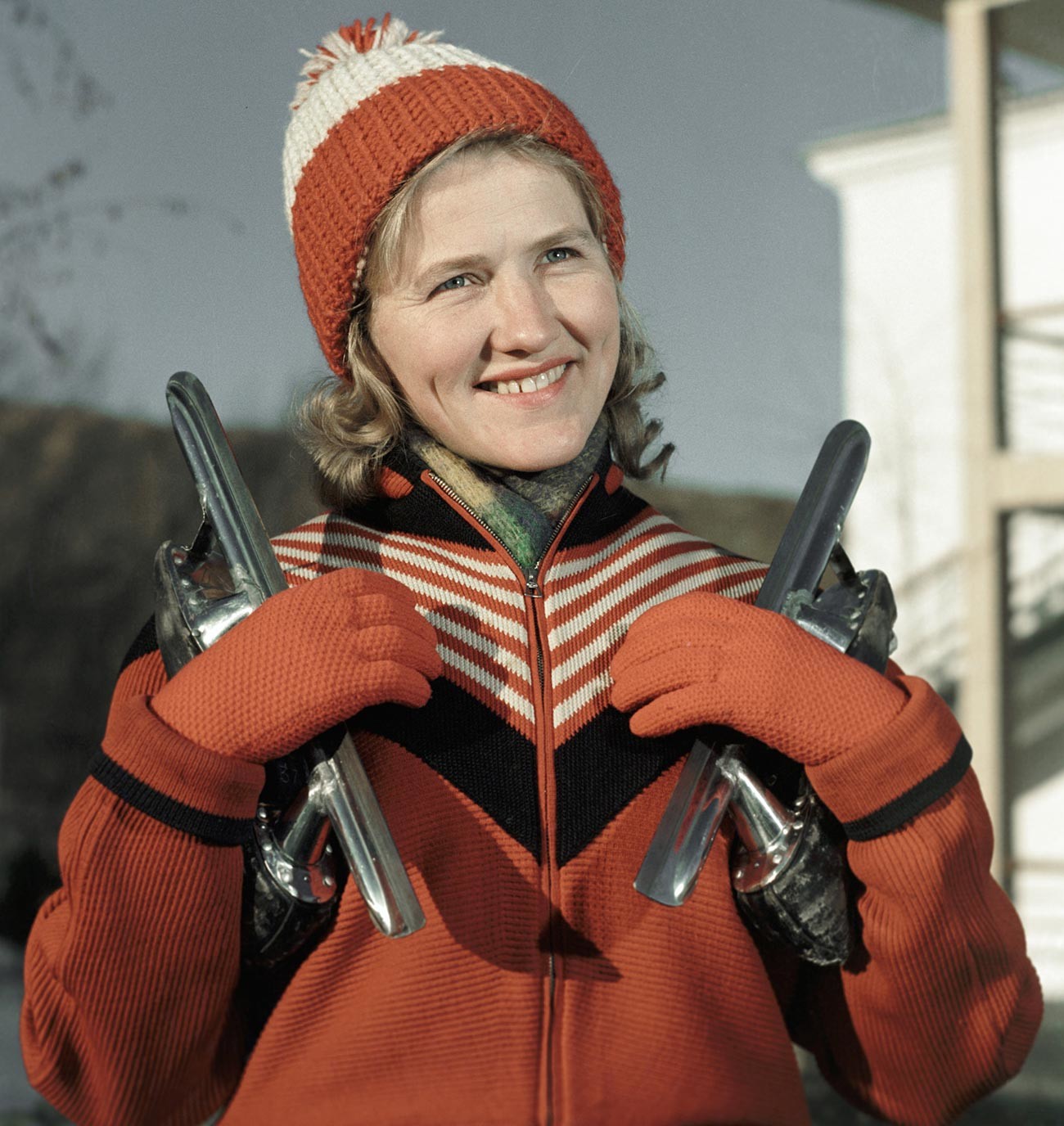 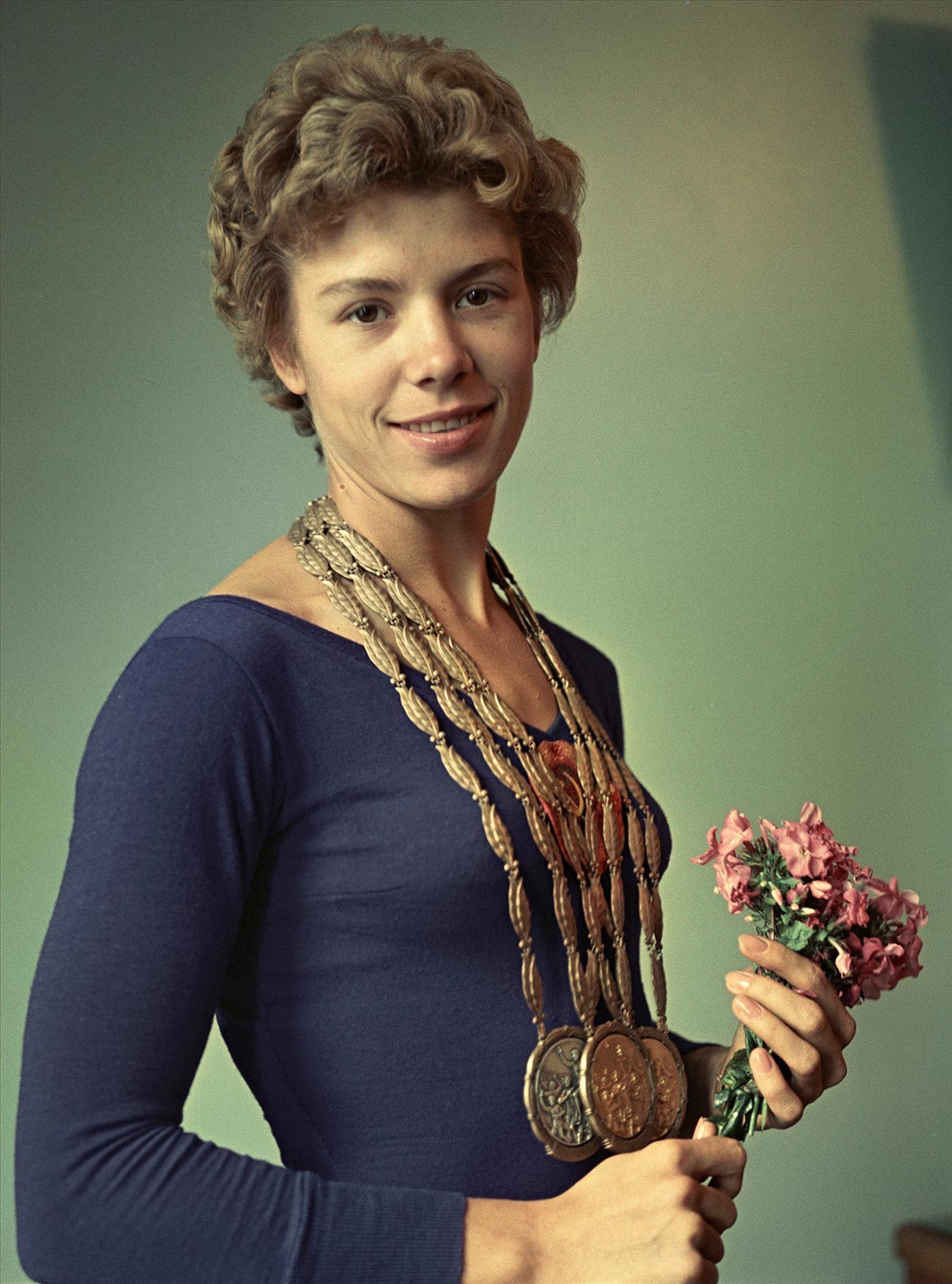 This Soviet athlete, born in Ukraine when it was part of the Soviet Union, began his career at 19 and quickly achieved international star status. Latin is often credited with establishing the Soviet Union as a dominant force in this sport.

Between 1956 and 1964, Latynina won 14 individual and four team Olympic medals. At the 14th Artistic Championships in Gymnastics in Moscow, the athlete competed while he was four months pregnant and still won five of six titles. 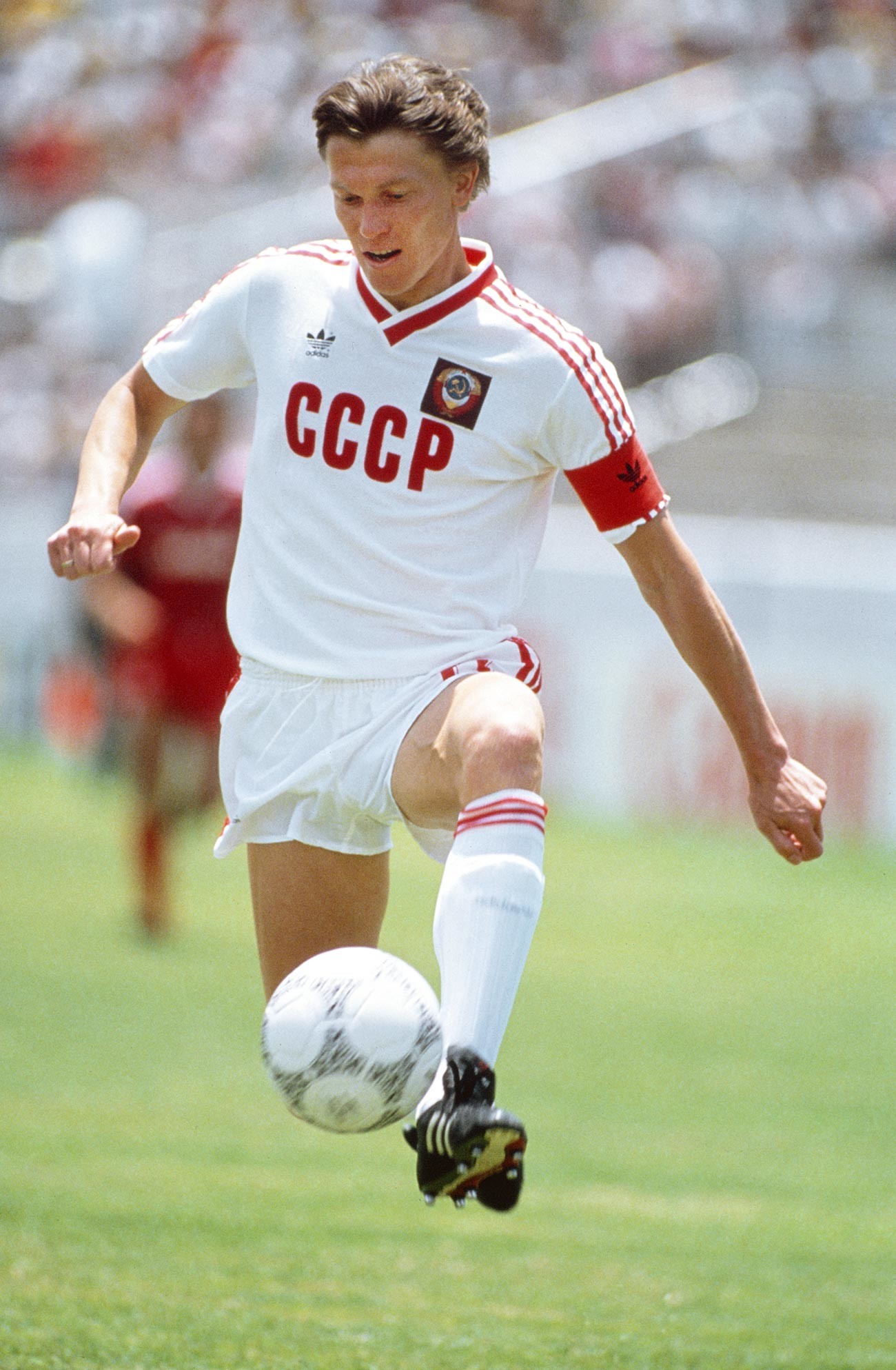 Covered over 100 times for the Soviet Union’s Games, Blokhin competed for the Soviet Union at the 1972 and 1976 Olympics, as well as at the 1986 FIFA World Cup. of the greatest football players of all time. After Ukraine became an independent state, the former player and coach was elected to Ukraine’s legislative body for two terms.

Click here for the countless history of the origins of Soviet baseball.

Enable JavaScript to view
comments are powered by Disqus.