20 years ago, on November 4, 2001, a meeting of representatives of the company founded in 1998 took place at the Lækjarbrekka restaurant in Reykjavík. Icelandic-Polish Friendship Society (VÍP) with compatriots. It was chaired by the president of VÍP, Stanisław Bartoszek, who proposed establishing a representative office of the Polish diaspora in Iceland. The Icelandic Polish Diaspora (SPI) was founded at that time. A five-person board was appointed, with Witold Bogdański elected as president, Stanisław Bartoszek as vice-president, and the late Elżbieta Karczmarczyk-Rudnik.

Messrs. Bartoszek and Bogdański were pioneers of Polish diaspora activity on the island in 1997, although the direct initiator of establishing the organization was the new Polish ambassador to Norway, Stanisław Jan Czartoryski, who was also accredited in Iceland. On April 26, 1997, he invited representatives of the Polish community in Iceland to a banquet. “The prince is not denied,” they joked. On May 3, 1997, the Polonia Cultural Society was established, formally established in the house of the Bartoszek family. The main focus was on organizing events for children, with a series of meetings called “Evenings with a fairy tale”. It was then that the idea of ​​establishing a Polish Saturday School was born. Unfortunately, the TKP survived only until December 1997, because after just two months of operation, there was a clear division into two trends with different visions. The TKP was dissolved, and in January 1998 a new structure was established – the Icelandic-Polish Friendship Society (VÍP). Stanisław Bartoszek was elected the president, and Witold Bogdański vice-president. Three Icelanders also joined the board.

The idea for the Saturday school for children, planned earlier, was implemented. Classes began in September 1998 in a room made available free of charge by the community. Emilia Młyńska became the Polish language teacher, and she was joined by another teacher, Elżbieta Karczmarczyk-Rudnik. The teachers were employed by the Cultural Center for Immigrants. The loss of the classroom was the reason why the school closed in June 2001.

The establishment of the SPI was a return to the 1997 restoration of the Polish diaspora organization. Its creation was to ensure an association only for members of the Icelandic Polish diaspora, unlike the more “Icelandic” VÍP. The second important factor was the establishment of the Multicultural House in Reykjavik, which enabled national minorities to operate more widely by offering organizational support.

SPI became more widely known thanks to participation in the first five Multicultural Festivals, later changed into Nations Parades, which inaugurated the Reykjavik Art Festival. It was SPI who organized the Polish participation in the festival, which took place in the building of the Town Hall on May 15, 2010. First, a colorful multinational procession of national groups marched through the streets of the city, and then concerts took place and stands were set up in the town hall building. A Polish dance and music group from Ísafjörður performed. The stand prepared by SPI was richly equipped with tourist brochures about various regions of Poland, gadgets, posters and Polish food products. The Polish stand was one of the best organized and enjoyed great popularity among the crowds of guests, as stated in the Polish Diaspora Bulletin of the Ministry of Foreign Affairs (4/2010).

The festival on May 14, 2011 was even more successful. A large group of Poles, led by girls in national and noble costumes, paraded through the streets of the city. The Polish stand in the town hall was once again in the center of attention of the guests – the delicacies were provided by the Mini Market store and the Kjötpól company.

Earlier, in 2006, members of VÍP and SPI helped to organize the Festival of Polish Culture, organized on the initiative of Anna Wojtyńska and Marta Luiza Macuga. It was held from September 28 to October 1, 2006. The festival opened with a concert by the Icelandic Symphony Orchestra conducted by Krzysztof Penderecki. There was also a literary evening with Olga Tokarczuk (the organizers showed remarkable intuition when hosting the future Nobel Prize winner), a review of contemporary Polish cinema, a photo exhibition by Chris Niedenthal, the One Mime Theater (Ireneusz Krosny), a seminar devoted to Poland and an exhibition of Polish folk cut-outs. 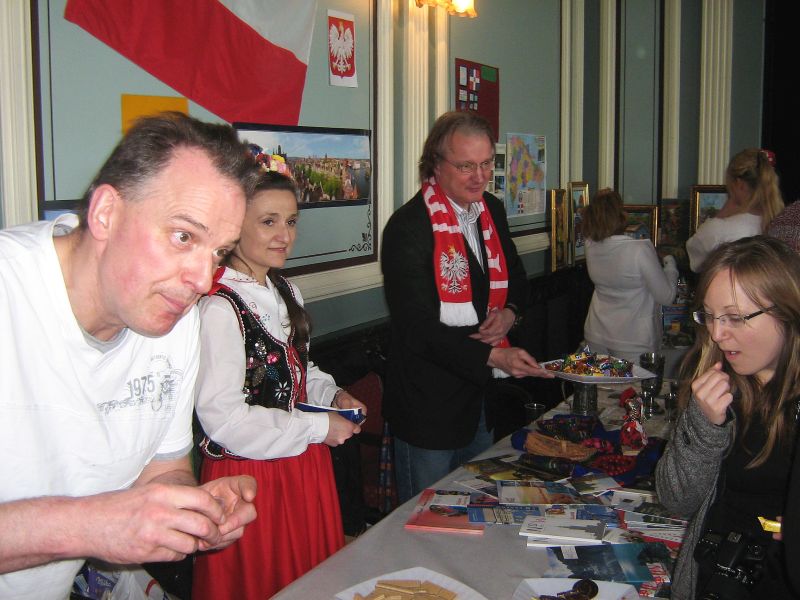 Thanks to Dr. Stanisław Laskowski (Chargé d’Affaires ai in 1987–1991) was established in 1989 by the Honorary Consulate of the Republic of Poland in Reykjavik, and Friðrik Gunnarsson was appointed Honorary Consul. In July 1993, the Polish diplomatic and trade mission was closed.

Due to the lack of an official representation of Poland in Iceland, VÍP and SPI were often institutions to which Polish citizens contacted in case of difficulties. The leaders of both societies were strongly involved in the creation of a Polish facility. Letters were written to the ministers of foreign affairs and the Ombudsman. The matter was raised during official visits. Iceland was visited by President Aleksander Kwaśniewski in 2000, Prime Minister Kazimierz Marcinkiewicz in 2006. This topic was also the subject of discussions conducted by Friðrik Gunnarsson and Witold Bogdański at the so-called technical stopovers in Keflavik of government planes on the way to the USA by President Aleksander Kwasniewski (2005) and the late President Lech Kaczyński (2006).

The substantial increase in the number of Poles on the island since 2006 has certainly had a significant impact on the establishment of the Consulate General in Reykjavik (2008), and then the Embassy of the Republic of Poland in Reykjavik (2013). This was of great importance for the activities of SPI.

The association no longer had to deal with, for example, the organization of parliamentary or presidential elections, as in the years 2000–2005, but could concentrate on organizing tours and exhibitions.

The time of the pandemic severely limited the activities of many societies. In 2020, the Icelandic-Polish Friendship Society (VÍP) was dissolved. The Polish Society of Icelandic Society has had a new statute and legal personality since August 2015. The members of the association hope that the new people who have recently declared their willingness to cooperate will help in further activities. 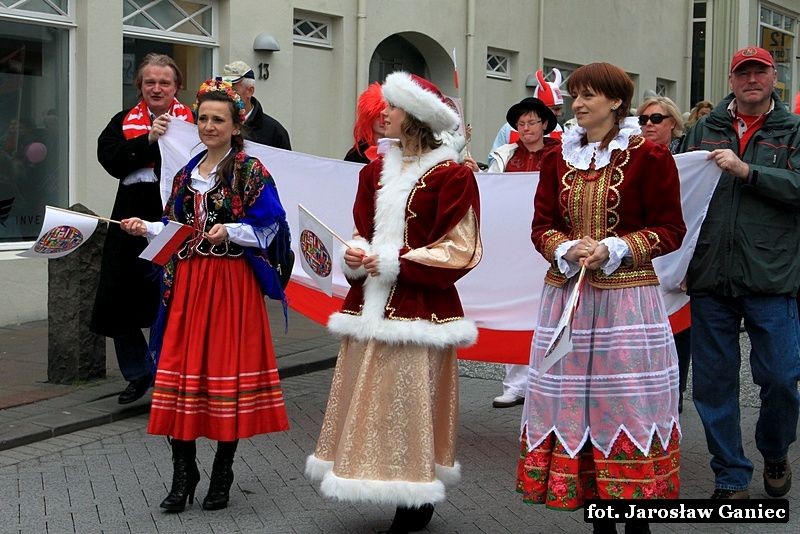 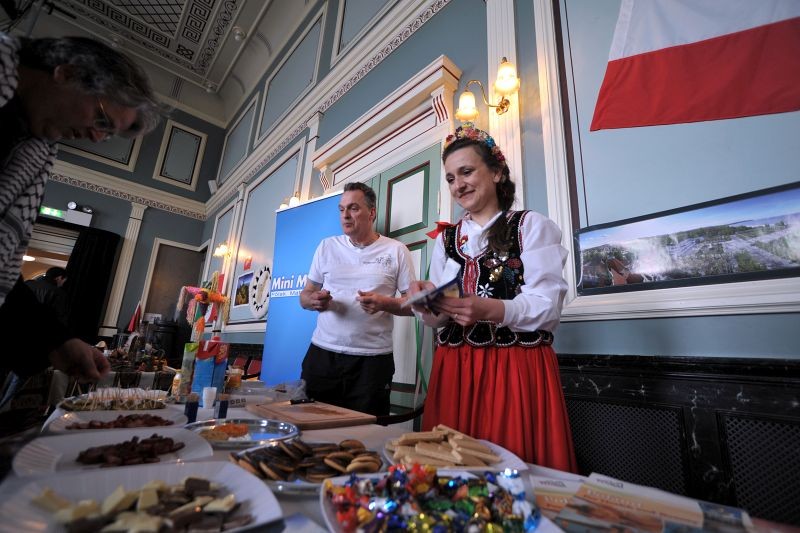 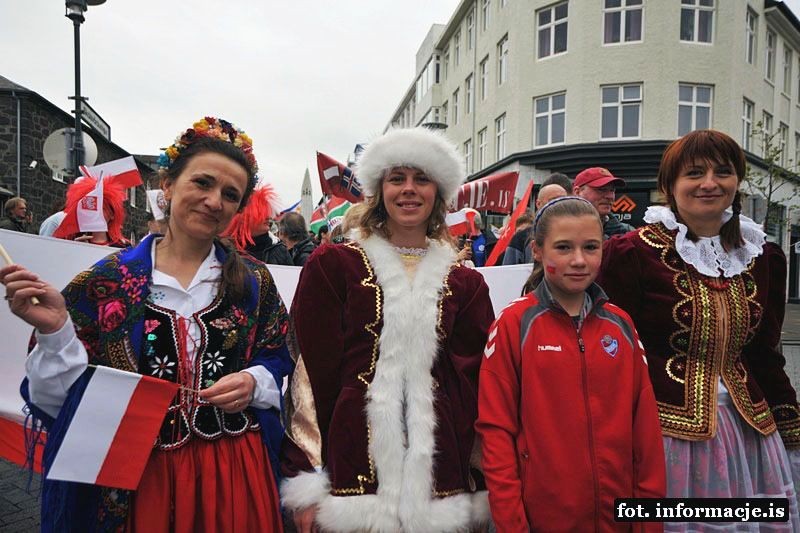