At that time, Finland was one of the first Western countries to recognize and establish diplomatic relations with China. Finland presented a truly global vision to invite China to the Olympics ； China, for its part, made a quick decision to leave despite time pressure and other difficulties. Eventually, the debut of the Chinese delegation with a five-star red flag became widely reported in Chinese Olympic history and in relations between China and Finland.

In recent years, 70 seems to be a lucky number for relations between China and Finland, which means good years and news. 2019 was the 70th anniversary of the founding of the People’s Republic of China and China-Finland the year of winter sports. The latter, agreed by the two heads of state during the presidency Xi JinpingThe visit to Finland was the first theme year to present sports between China and other countries. There were great moments all year round. Let’s start with the state visit of the president Sauli Niiniistö More than 60 programs were held in China and more than 20 agreements were signed in Beijing. In addition, Finland participated as an honorary guest in the World Winter Sports (Beijing) EXPO 2019 exhibition. Winter sports have become a highlight and impetus for bilateral cooperation.

2020 will mark the 70th anniversary of diplomatic relations between China and Finland. Although the unexpected COVID-19 pandemic has affected the schedule, the two countries and peoples still managed to continue the exchange and cooperation in support and mediation. Our cooperation in Olympics and sports in particular progressed steadily, even in difficult times. This summer, the Chinese national ski jump team arrived in Finland to train and prepare for the Beijing Olympics. Just a few days ago, Chinese cross-country skiers returned to the Vuokatti training center after the outbreak of the pandemic. I hope that after 70 days, their hard work will pay off. 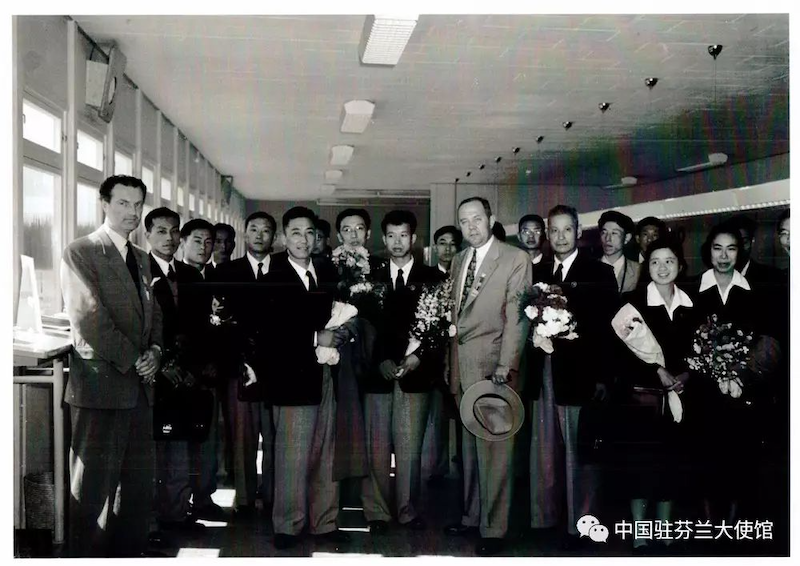 Recently, we have seen great moments with the arrival of the Olympic flame in Beijing, the 100-day countdown to Beijing 2022, and the release of the Beijing Winter Olympics and Paralympics medals and uniforms. The first version of the Beijing 2022 Playbooks has been released as the basis for the Game Plan to keep all participants safe and healthy. In a declaration by G20 leaders in Rome, G20 leaders said they “see the Beijing Winter Olympics and Paralympics 2022 as an opportunity for athletes around the world to compete, serving as a symbol of human endurance.”

In 70 years, China made its debut at the Olympics, and Beijing is the first city to host both the Summer and Winter Olympics. It is believed that in 70 days, simple, safe and magnificent Olympics will be delivered to the world. Moving forward the Olympic spirit of “Faster, Higher, Stronger – Together” for a common future. Beijing is ready for Olympic athletes from Finland and around the world.

Ambassador of the People’s Republic of China to Finland

This is the opinion view “View”. The views and opinions expressed in this article are those of the authors and do not necessarily reflect the views or opinions of The Helsinki Times.

Ambassador of the People’s Republic of China to Finland

This is the opinion view “View”. The views and opinions expressed in this article are those of the authors and do not necessarily reflect the views or opinions of The Helsinki Times.