Maker Faire is an annual gathering of DIY enthusiasts, first organized by Make magazine in 2006. Participants come from a wide range of interests, such as robotics, 3D printing, computers, arts and crafts, and hacker culture. Since 2006, several sister events have been born in Europe, Asia, South America and Africa.

The classic Rome three-day event (October 7-9) was preceded by other profound and divisive events (Common-ground and Opening Conference). The event, which is non-profit and free for selected Italian and international exhibitors, is financed by sponsors and ticket sales.

One of the attractions of the outdoor exhibition area was One Love Machine Band a robot orchestra that performed every 20 minutes to an excited audience of ten waiting for the pneumatic metal band members to come to life. Another popular event was the robot soccer tournament, which took place every 30 minutes in front of real human fans and “coaches”.

Other interesting projects presented at the fair were: 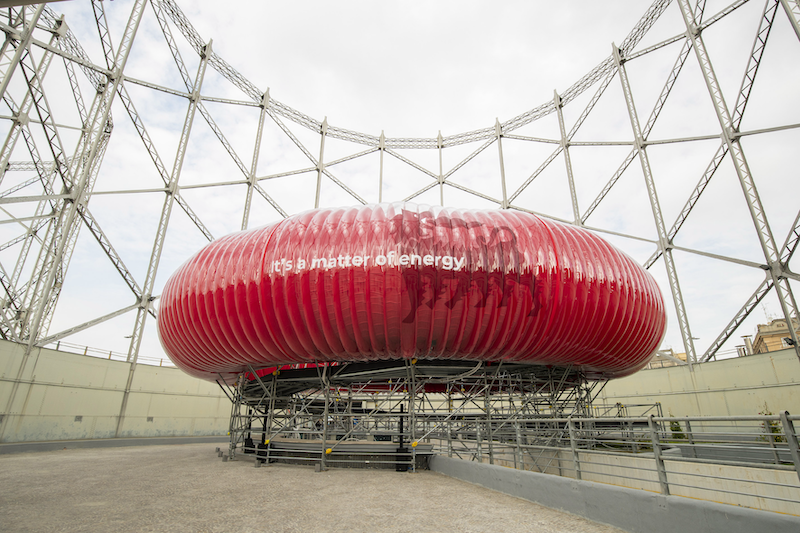 A site-specific facility that is “metaphorically” built to resemble a prototype fusion reactor – called a “Tokamak.” A fusion reactor aims to replicate the same form of energy that powers the stars, but on Earth and in a sealed reactor. The project was implemented together with CRA – Carlo Ratti Associati and Italo Rota. After being “attracted” by the external form, the visitor is guided along the path towards the installation and inside is greeted by a series of introductory videos that talk about the technique and technology. its uses

Sustainable fashion
Riuso Riciclo Rigenero returned to Maker Faire Rome to showcase new talent
from sustainable Made-in-Italy. The profiles, works and collections of the four Altaroma nursery brands were presented in one of the capital’s most iconic industrial spaces. The exhibition featured collections Eleonora Riccioa clothing brand that makes glasses from clothing fibers dyed with pigments extracted from flowers and plants; Ferilli glasseswho makes the blades of the fig; ID-8who makes shoes from fruit waste and Crocette, a brand of durable bags. Innovative processes and materials, care and social responsibility, consideration of environmental impact are just some of the aspects revolving around sustainability in fashion, and they are the basis of the philosophy of the brands involved.

Metaverse
The immersive room is an interactive environment that surrounds the viewer-actor from all sides and brings him into the telling of the story. The artificial environment is built according to the needs of the narration and the availability of space, where a story that touches and engages the audience is told. The projection is activated by a simple gesture, movement or word to tell a story. Motion sensors detect visitors’ gestures and modify content for them, tying a person into a virtual story and providing a sense of discovery, just like looking behind a theater curtain before a performance begins. The first interaction takes place on the floor, when you can walk on water or on the “stone” typical of ancient Rome.
The audience can try different technologies with different levels of interaction (from non-interactive 360° video to real video games with maximum possibility of movement and interaction) and a wide range of themes.

In addition to various themed exhibition spaces, several round table discussions and speeches were organized. The following spoke at the opening: Julie Andersen CEO and Founder of Plastic Oceans; Massimo Banzi, Founder, Chairman and CEO of Arduino; Tony Fadell CEO and Founder of Futureshape; Matthias Mayer Head of Europe at Ifixit; and Kenneth Mikkelsen CEO and founder of Future/Shifts and co-author of The Neo-Generalist: Where You Go is Who You Are.

“Reaching the milestone of ten years with growing success is a source of pride and satisfaction,” said Lorenzo Tagliavanti, President of the Rome Chamber of Commerce. “The event is now a unified point of reference – at the European level – for the world of innovation in the participation of creators, companies, universities, schools, research institutes and institutions. I thank all the numerous public and private partners who support us without hesitation. Without them we could never have achieved this important result.