Some of them were tutors to Russia’s royal heirs, while others helped rebuild Moscow after it was burned down by the French. Still others crushed the enemies of their new homeland on the battlefield. 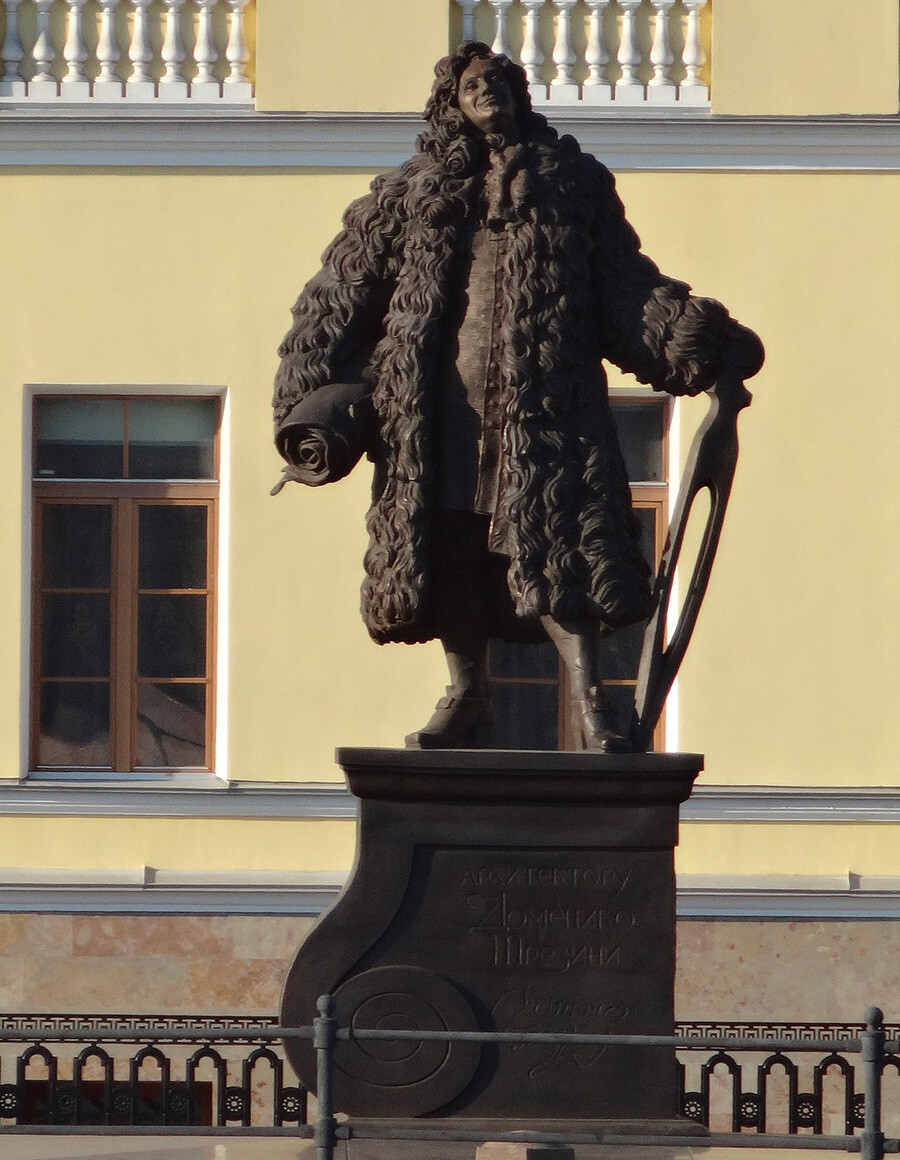 The architect and engineer Domenico Andrea Trezzini was working on building forts in Denmark when he was noticed and invited to Russian service by the Russian ambassador in Copenhagen, Andrei Izmaylov. The Italian-speaking Swiss citizen arrived in St. Petersburg in 1703.

As Russia was then engaged in an arduous war against Sweden, Trezzini was tasked with ensuring the defense of the young city on the Neva. Domenico accomplished the task brilliantly. The forts built by him successfully repelled the attacks of Swedish naval squadrons and through his efforts the originally wooden Peter and Paul Fortress, one of St. Petersburg’s most important citadels, was completely rebuilt in brick and stone. On his lands, Trezzini laid the foundations of the Peter and Paul Cathedral, which would later become the main burial place of the Russian emperors.

The Swiss architect worked in the so-called “Petrine Baroque” style, known for its architectural restraint. Among his other projects were the Summer Palace of Peter the Great, the Alexander Nevsky Lavra (Monastery) and the Twelve Collegia (Twelve Colleges) building, which now houses St. Petersburg State University. Yet the gifted architect always considered Peter and Paul Fortress to be “the very first of his chief works”. 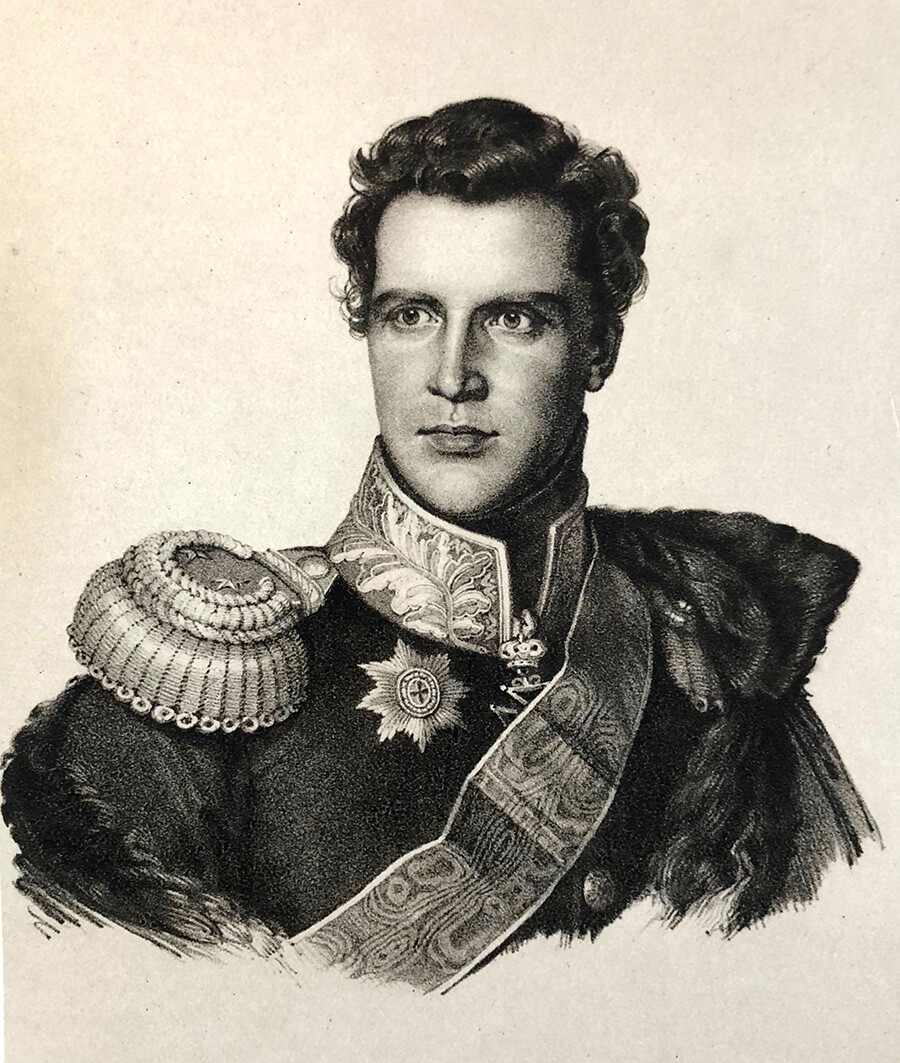 This native of Zurich devoted his entire life to military service. After becoming a major in the Swiss army, in 1816 he decided to move to distant Russia, which had only recently brilliantly defeated Napoleon.

Fasi’s best moment in his new homeland was the Polish uprising of 1830-1831. By this time, Karl Karlovich (as he came to be called in Russian fashion) was already a major general. More than once he showed fearlessness on the battlefield and personally led troops to attack, as he did near Liw in March 1831. On this occasion, despite heavy enemy fire, two battalions under his command broke into the Polish entrenchments and took more than 200 of the defense prisoner. In April of that year, he even managed to capture General Girolamo Ramorino, commander of the Polish 2nd Corps (although the enemy managed to free him shortly afterwards).

Subsequently, Fasi acted equally boldly and bravely in the Caucasus where he found himself fighting against the highlanders, led by Imam Shamil, who were resisting Russian domination. In recognition of his services, Fasi was awarded a gold sword with diamonds inscribed “For bravery”. 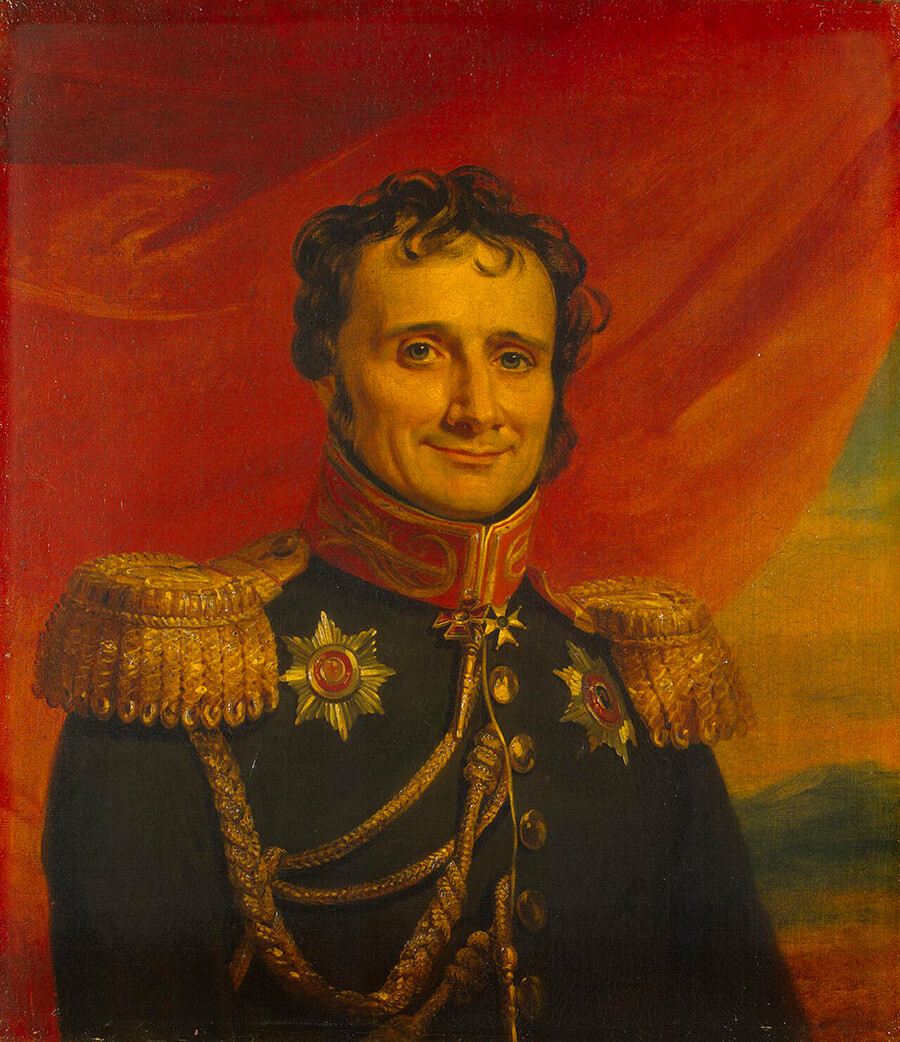 The military commander and theoretician of the art of war, Antoine-Henri Jomini, was one of the most prominent Swiss citizens in the service of Russia. It is a curious fact that before moving to Russia he had actively fought against it.

In the ranks of the French army, Jomini participated in the military campaigns of 1805 and 1807, which ended with heavy defeats for the army of Tsar Alexander I. After Napoleon’s invasion of the Russian Empire in 1812, Jomini became the governor of occupied Vilno (Vilnius). ) and then Smolensk. During the retreat of the French troops, he played a key role in organizing the successful crossing of the Berezina River, which made it possible to preserve and withdraw from hostile Russian territory at least part of the once “great” army.

However, all this did not prevent Antoine-Henri Jomini from eventually entering Russian service. The reason was a long-standing quarrel with Napoleon’s chief of staff, Marshal Louis-Alexandre Berthier, who did everything he could to hinder the development of his career. Jomini had already tried to go to Russia in 1810, but the French emperor did not let him go. In August 1813, having decided that he had once again been cheated out of his rightful ranks and honor, the general traveled to the Tsar’s headquarters during a periodic truce without asking anyone’s permission.

Jomini was warmly welcomed into the Russian army and fought in its ranks until the fall of Napoleon. He was also involved in the planning of military operations during the Russo-Turkish (1828-29) and Crimean Wars (1853-56). Jomini made a major contribution to the development of higher military education in Russia and became one of the founders of the Imperial Military Academy (today known as the Military Academy of the General Staff of the Armed Forces of the Russian Federation). 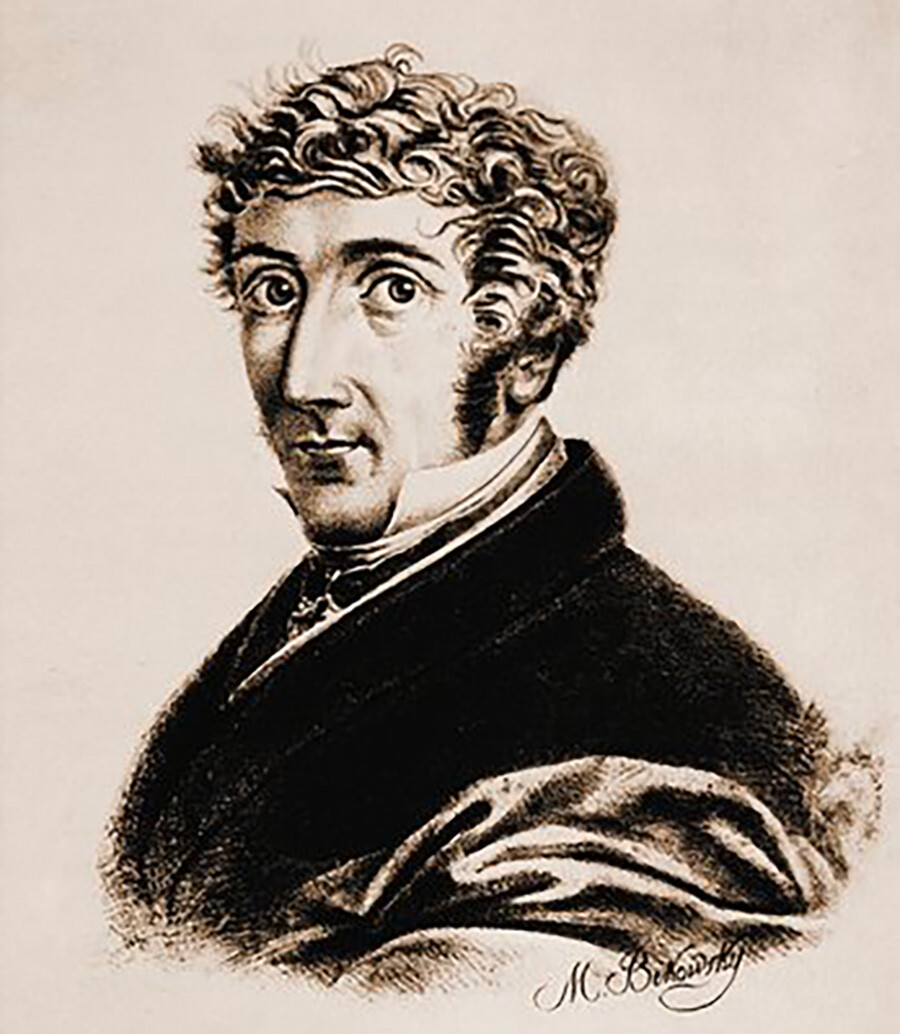 The young Domenico first got to know Russia at the age of 11 in 1796 when he traveled to be with his father who was working as an architect in Moscow. In honor of the elder Gilardi’s services, the young man was sent to study architecture and painting in Europe, financed by Russian state funds.

Domenico returned to Moscow in 1811, and only a year later the city he had grown so fond of was almost completely burned to the ground during the French occupation. Gilardi was lucky enough to be one of the architects entrusted with restoring the ancient capital of the Russian state.

The Swiss architect participated in the restoration of buildings inside the Kremlin and completely reconstructed the Ivan the Great bell tower. It was also through his efforts that Moscow University was restored to its original appearance. Domenico also carried out new “from scratch” projects: the construction of the Trustee’s House for the Moscow Orphanage was completed in 1826.

In 1832 Gilardi traveled to Switzerland, but he fared much worse there than he had done in Russia. His only completed project at home was a roadside chapel near Montagnola. 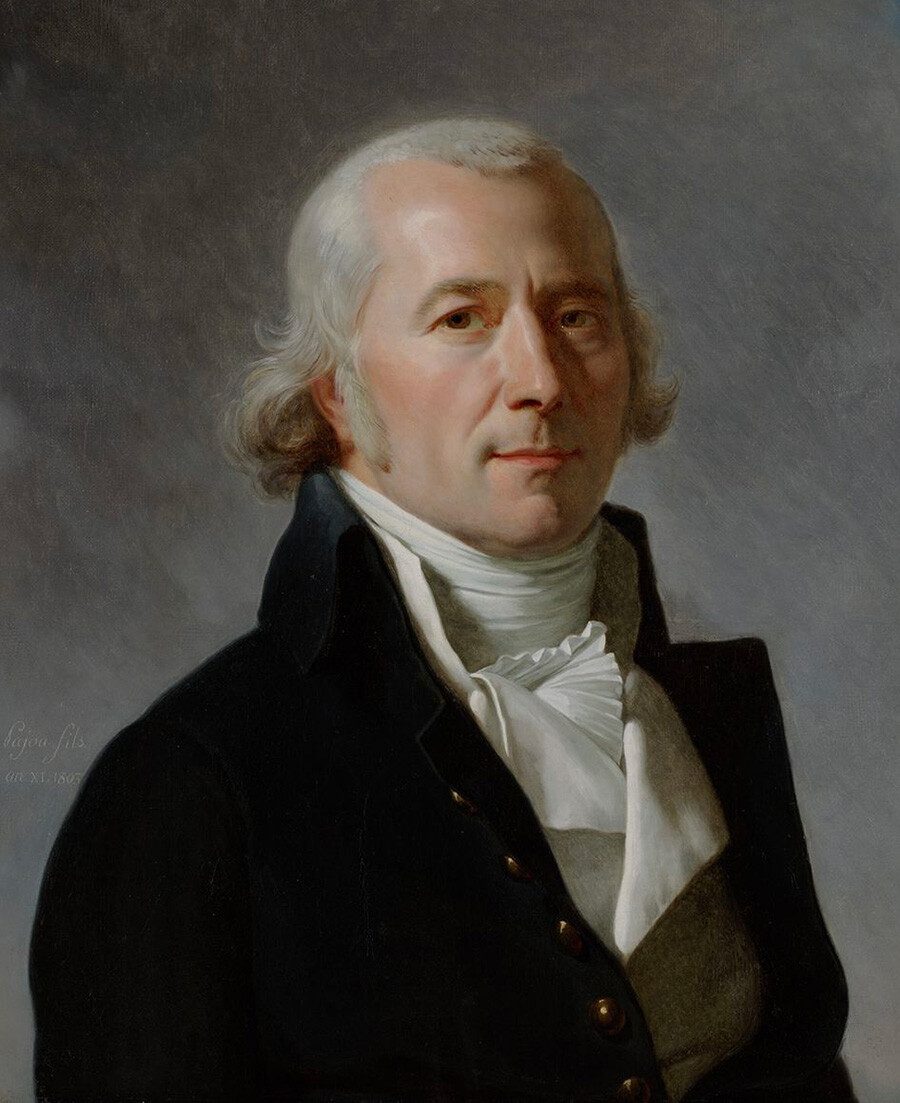 In 1783, the life of a lawyer from Bern took an unexpected turn: influential friends recommended Frederic-Cesar de La Harpe to Empress Catherine the Great as a tutor for her young grandsons Constantine and Alexander (the future Emperor Alexander I).

La Harpe behaved extremely independently at the Russian court and did not seek sponsors or participate in political intrigues – something that made his relations with courtiers very difficult. But from Alexander’s point of view, he was not only a teacher, but he became a real friend. His young charge paid close attention to the freedom-loving and liberal ideas which La Harpe tried to implant in him.

In 1797, after La Harpe’s departure from Russia, the now-adult Alexander wrote in a letter to his former teacher: “When my turn comes (to rule – Ed.), the nation will have to prepare – gradually, of course – to elect its representatives and adopt a free constitution, after which I will completely renounce my authority and, if it pleases Providence to help us, I will retire to a quiet corner where I will lead a quiet and happy life, and observe the prosperity of my fatherland…”

The friendship between teacher and pupil did not disappear even after Alexander ascended the throne in 1801. They continued to discuss matters of state on numerous occasions, and in gratitude for La Harpe’s wise advice, the Tsar honored him with the top of the empire. state award – Order of the Apostle St. Andrew the first called.