Why Russians name shoes, tools and weapons after foreign women

The Russian language, rich in metaphors, surprises many foreigners with the fact that some things are literally feminative of other nationalities. But don’t rush to accuse Russians of misogyny! It’s all about linguistic tradition.

The complete coincidence of words denoting a representative of a nationality and an event (or object) is called “homonymy”. In our case, the ‘homonym’ arises because of the suffix -ka. By default, it indicates the feminine gender (as a grammatical category), but it performs several functions simultaneously.

What surprising meanings have the words for foreign women taken on? 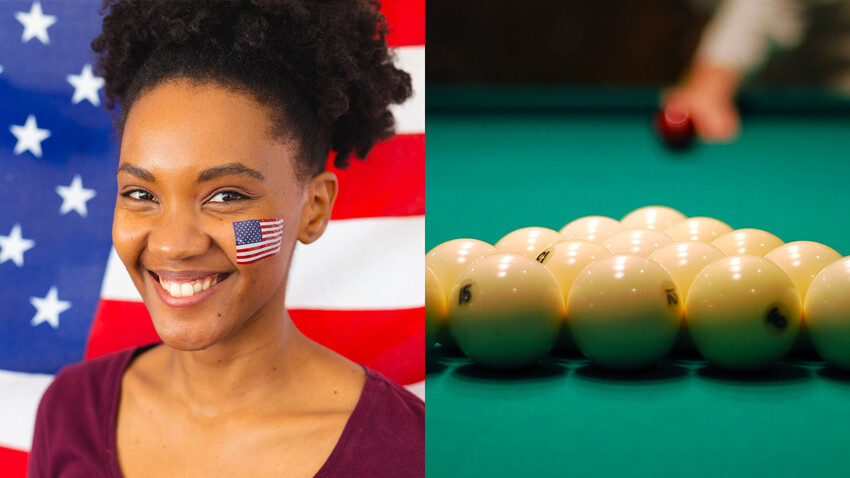 This word refers to the game of billiards. Some fans use the word when referring to American pool, but more often ‘Amerikanka’ refers to the pyramid discipline (‘Russian’ billiards). Due to the relative simplicity of the rules, it is the most popular discipline among beginners. 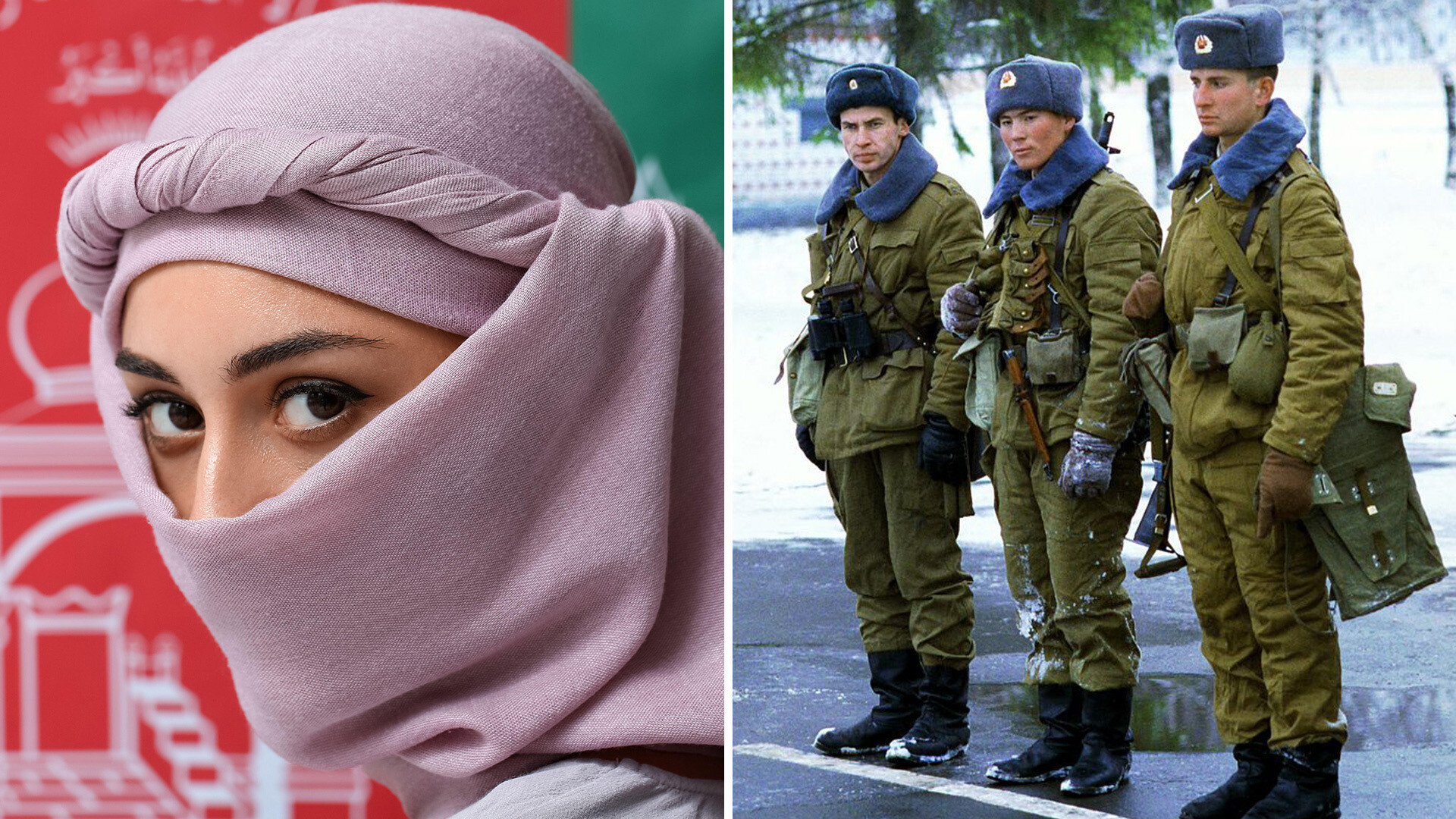 Russian military uses this word mainly to describe a certain type of field uniform. They began manufacturing it in the late 1970s, but it began arriving in units only in 1984, primarily for the contingent deployed to the war in Afghanistan. The uniform consisted of three garments – jacket, trousers and headgear – and included both summer and winter designs. Initially ‘Afghanka’ was sewn in khaki colour, but later different colors were used for different branches of the army.

In Russia and the former Soviet Union, this is the word for an angle grinder. It gained further importance in the 1970s: it was then that this tool of the Eltos brand first appeared in the Soviet Union, which was manufactured in the Bulgarian city of Lovech. Against the background of this affectionate name for a dangerous power tool, the people created ambiguous expressions like “you need to hold the ‘bulgarka’ harder.”

A record-breaking word for how many meanings it has. Besides referring to Hungarian women, it is also the name of a native dark-skinned plum, from which prunes are produced. Fishermen also use the word when referring to a fishing rubber. For cooks, it is a puff pastry with cottage cheese or apple, while dancers will remember a ballroom dance reminiscent of a Hungarian czardasz or a gypsy dance. 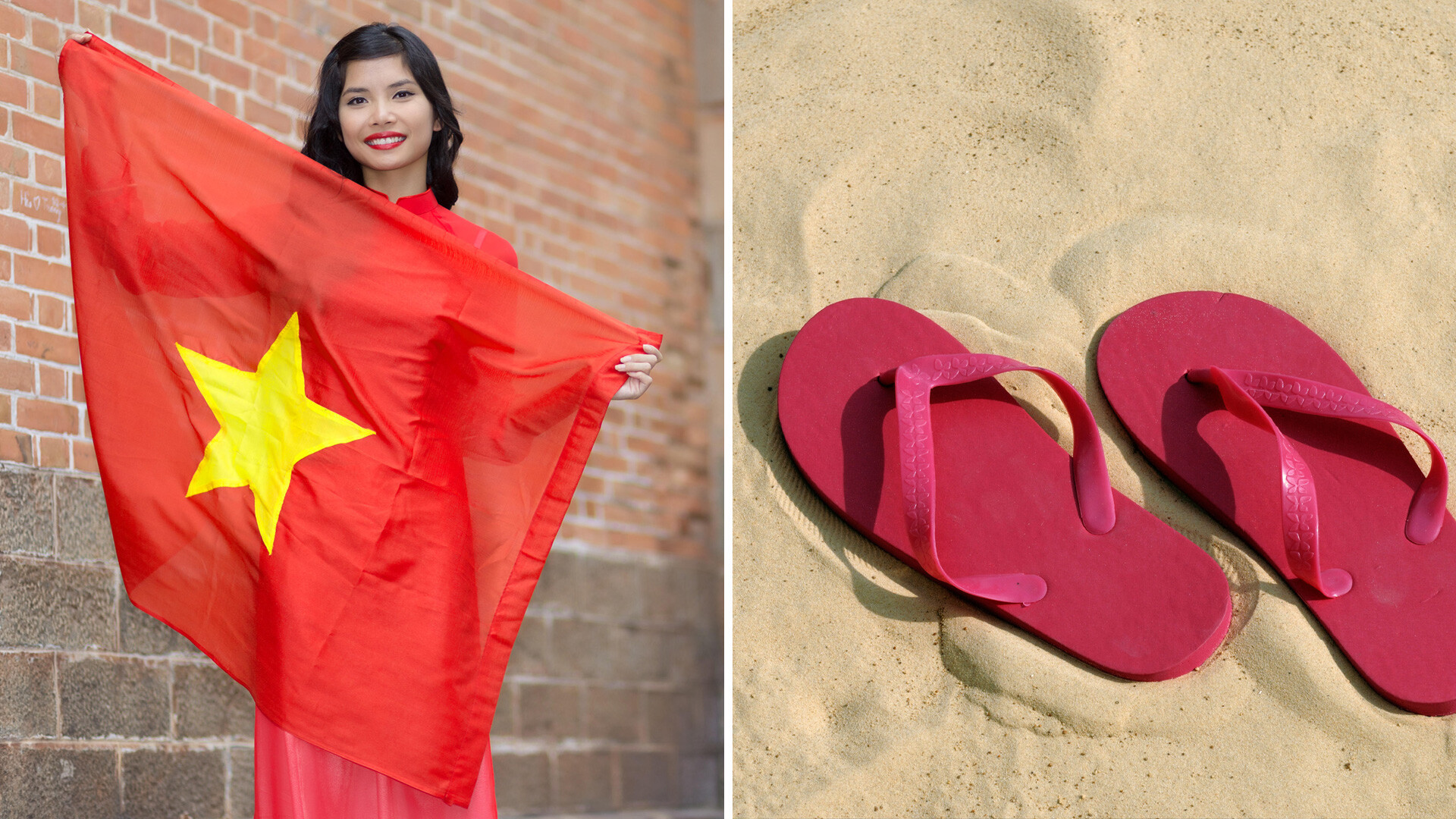 If you type the word “Vietnamka” into a search engine in Russian, it will produce images of rubber flip-flops. These specific slippers consist of a sole and two straps that attach between the big toe and the index toe.

In the Soviet Union, Vietnamese “slippers” appeared in the mid-1960s. According to the memories of Soviet residents, these slippers began to be supplied on a barter basis, as Moscow provided military and technical assistance to Hanoi. Later, the country started its own production, and slippers began to be made in the city of Slantsy, Leningrad region. That’s how the second name for the iconic rubber slippers appeared in the Soviet Union – “slantsy”. 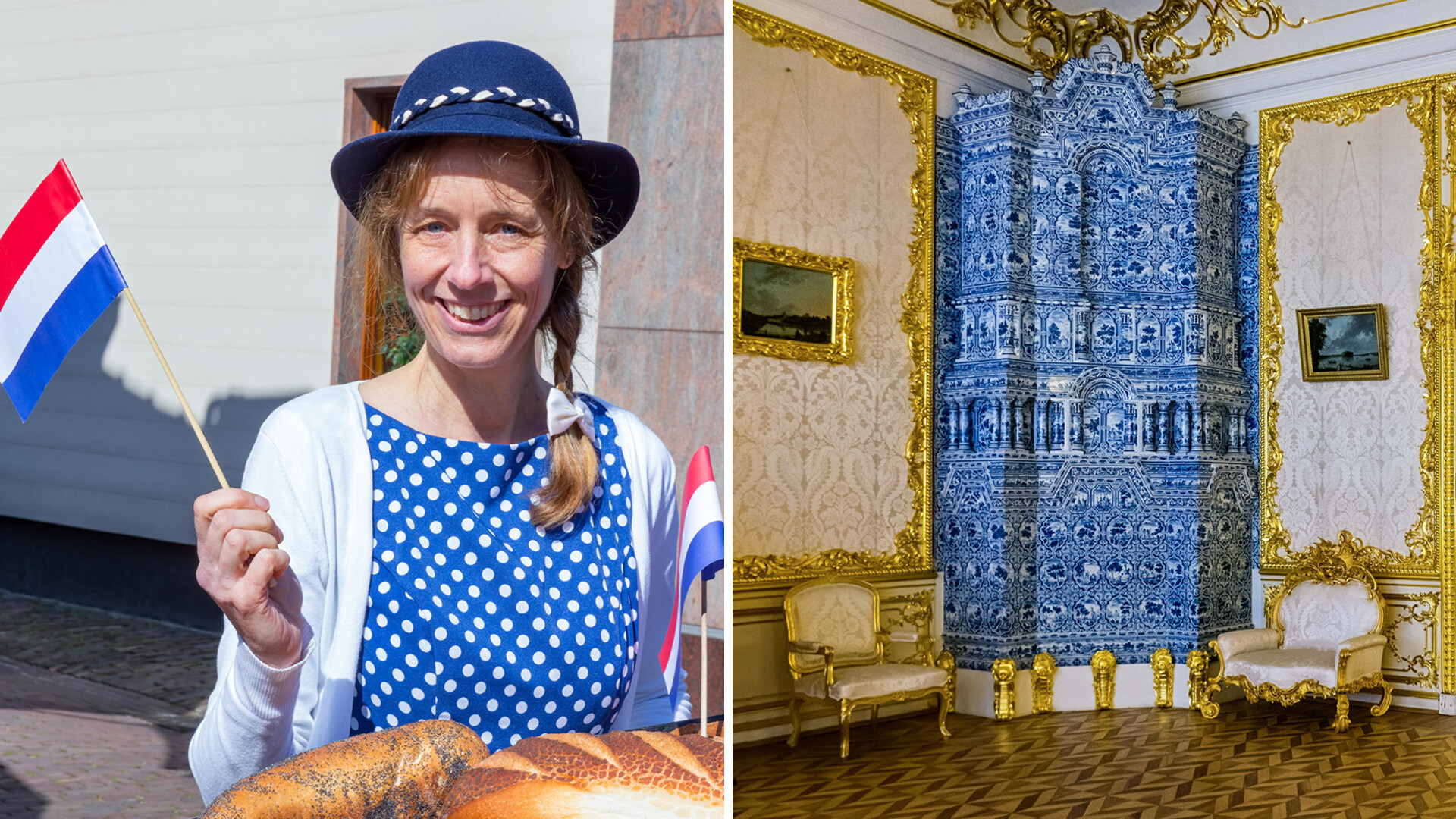 In Russia, a tall brick oven is called ‘gollandka’, usually lined with glazed painted ceramic tiles (blue pattern on white tiles is considered a classic). Such tiles were first produced in the Dutch city of Delft in the 17th-18th centuries and later in other European countries.

“Gollandkas” appeared in Russia thanks to Peter the Great. Before him, Russian stoves were used in houses without a chimney, which meant that the smoke went directly into the room. This heating method was dangerous, so the Tsar ordered that the ovens be built in the Dutch way, with chimneys.

During the same period, Peter established the production of tiles in Strelna – white tiles with a blue pattern. He hired the Dutch, Swedes and Germans to build the factory. 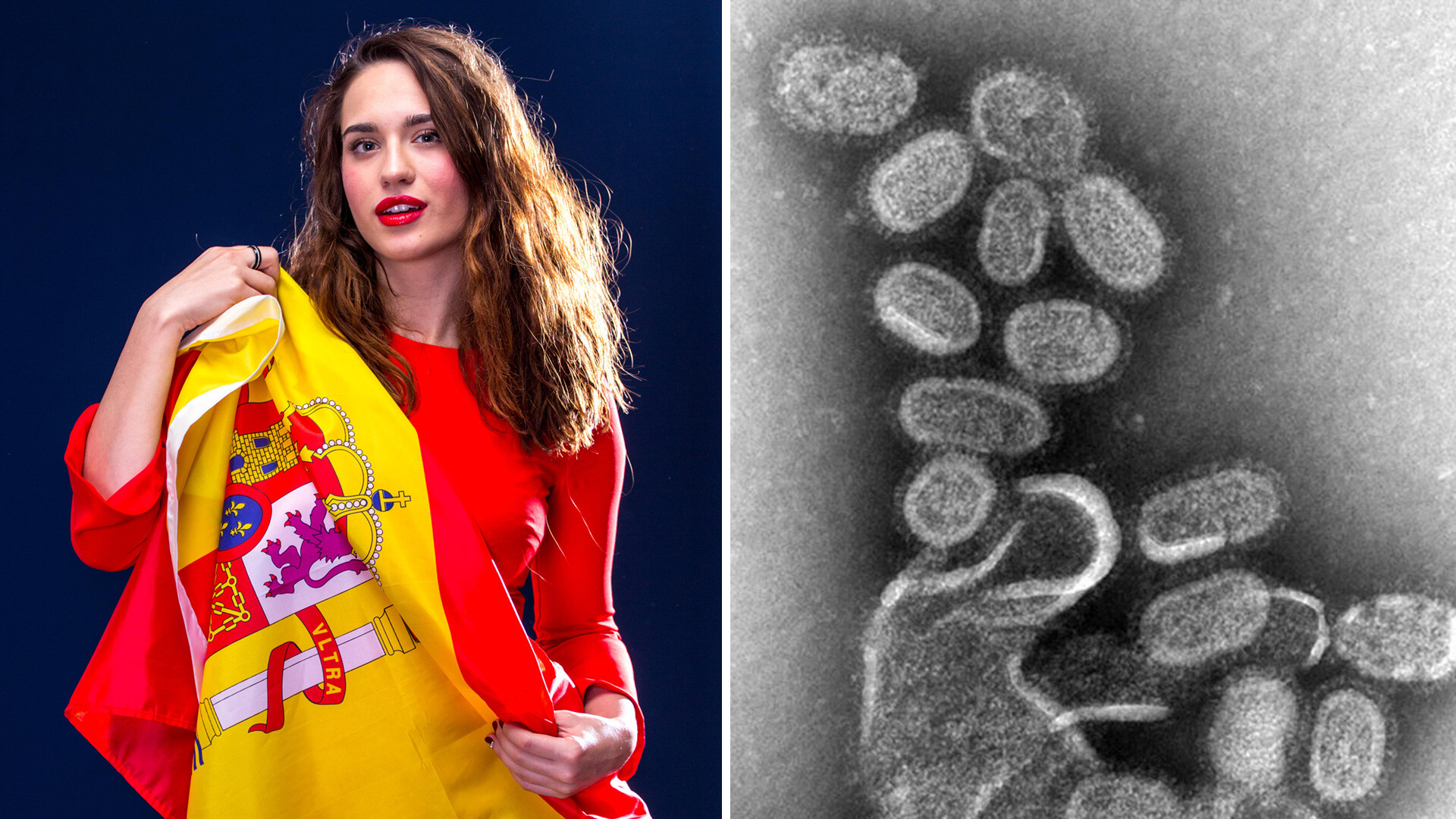 This word took on a grim meaning in 1918 when the Spanish Flu began. Despite the distinctive name, the source of the flu was not Spain, but the United States. American troops brought it to Europe and the first news of the pandemic came from Spain in the late spring of 1918. At the time, 8 million people in the country, or 39% of the population, were infected.

In Soviet Russia, the Spanish flu was considered a “bacteriological weapon” used by the enemies of the revolution against the young Soviet country. During the pandemic, over 1.25 million cases were reported throughout the country (but in fact, considering the revolutionary times, the numbers were much higher). 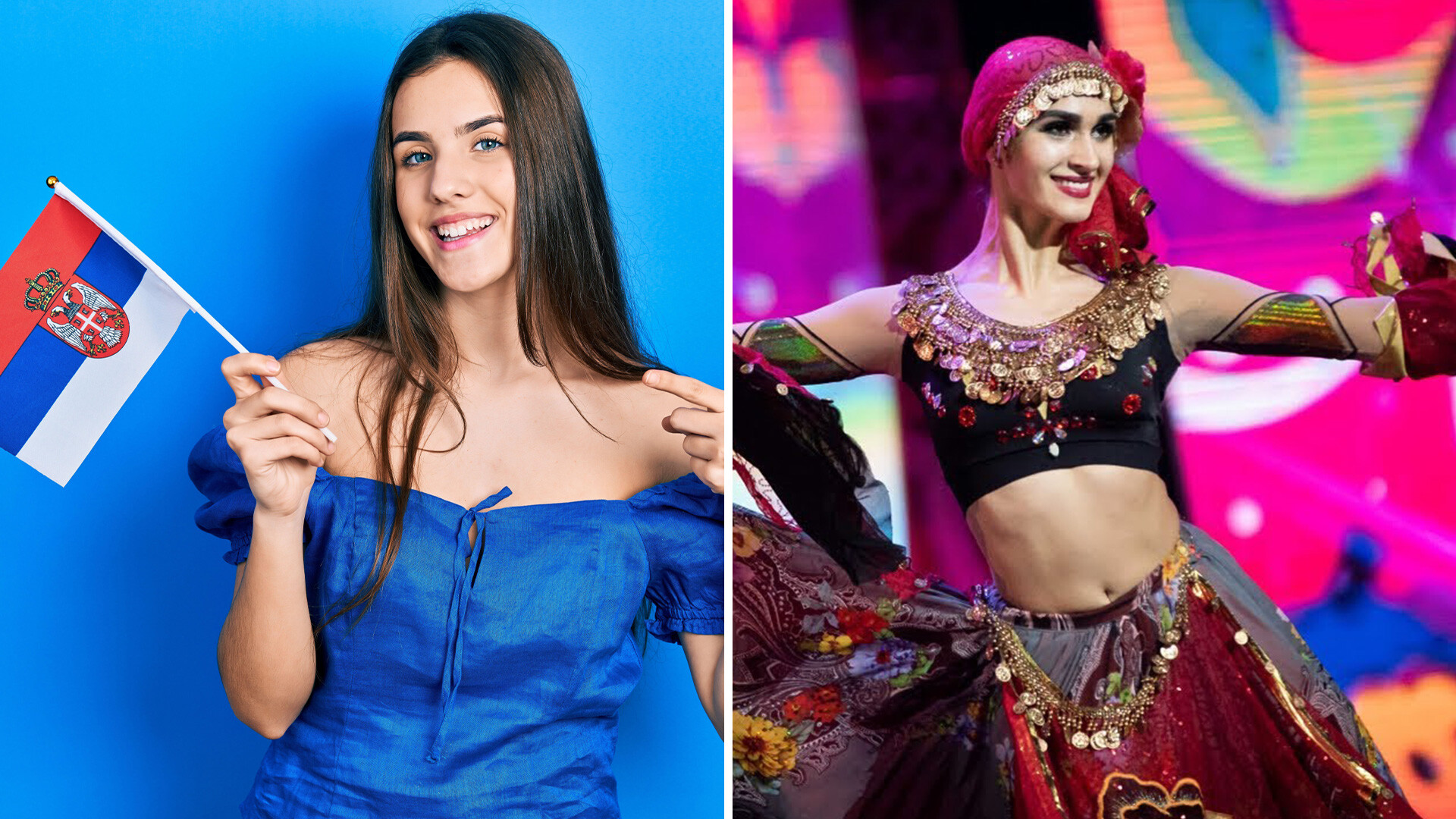 This is the name of a dance and comes from the old name for Serbs – ‘Srbijane’. ‘Srbijanka’ became widespread at the end of the 18th century, according to researchers, and appeared directly in Russia, but was formed under the influence of the Gypsy folk dance. 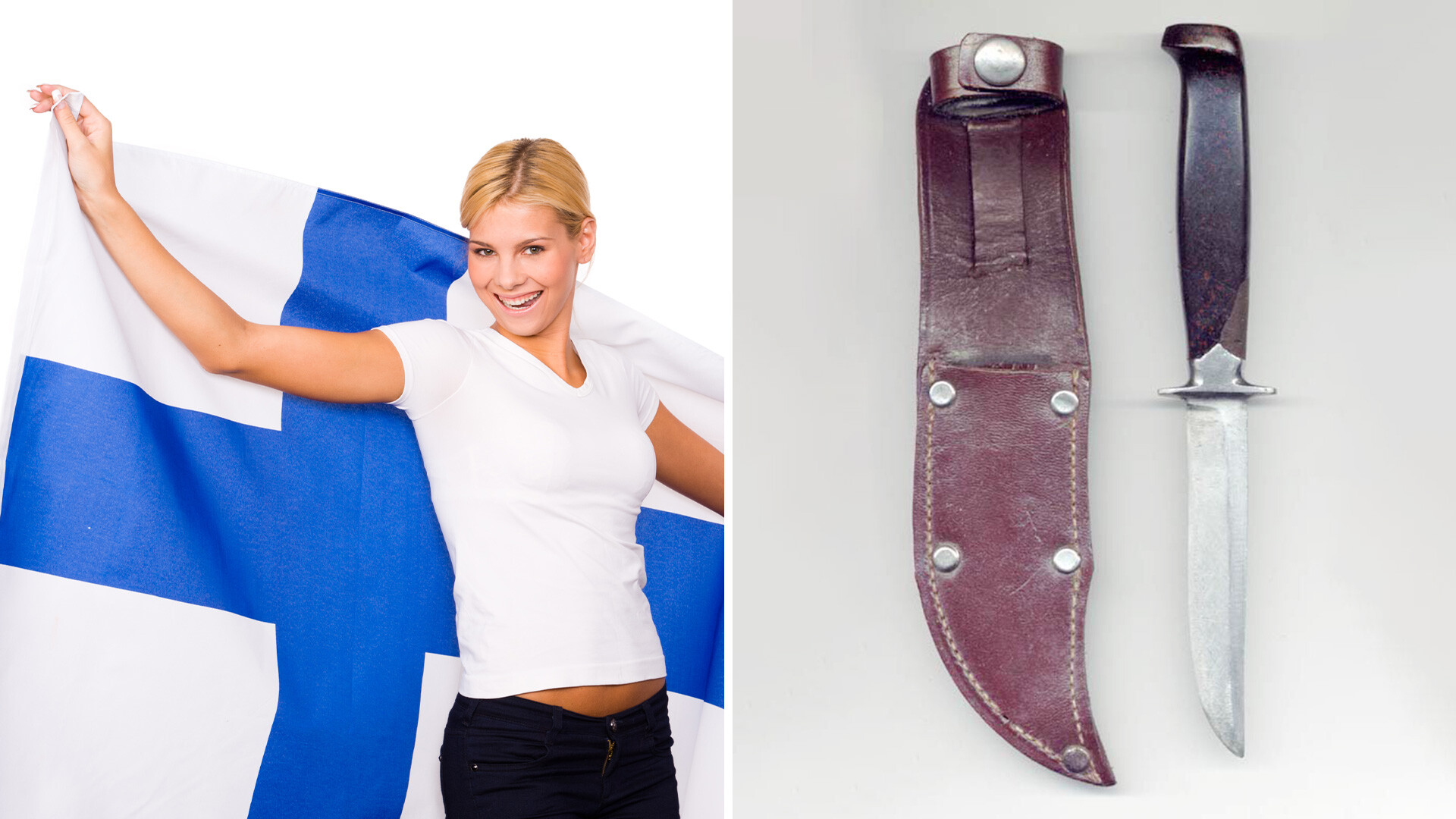 There is a type of knife called “finka” in Russia. Knife culture on the territory of Finland has actively developed due to arms control, which came from Sweden and then from the Russian Empire (in different years Finland was part of these two states). Knives were considered a household tool, the ban did not apply to them, so there were many types of knives: for hunting, fishing and household purposes.

Due to Finland’s proximity to St. Petersburg, Finnish knives gained great popularity in the city – especially in the criminal world. An attempt to control the circulation of knives was made only in the early 1920s.

Russia was well aware of the Finnish knife also because of the four major armed conflicts with Finland between 1918 and 1944. In 1941, the techniques of knife handling and defense were included in the “Red Army Hand-to-hand Combat Training Manual”. 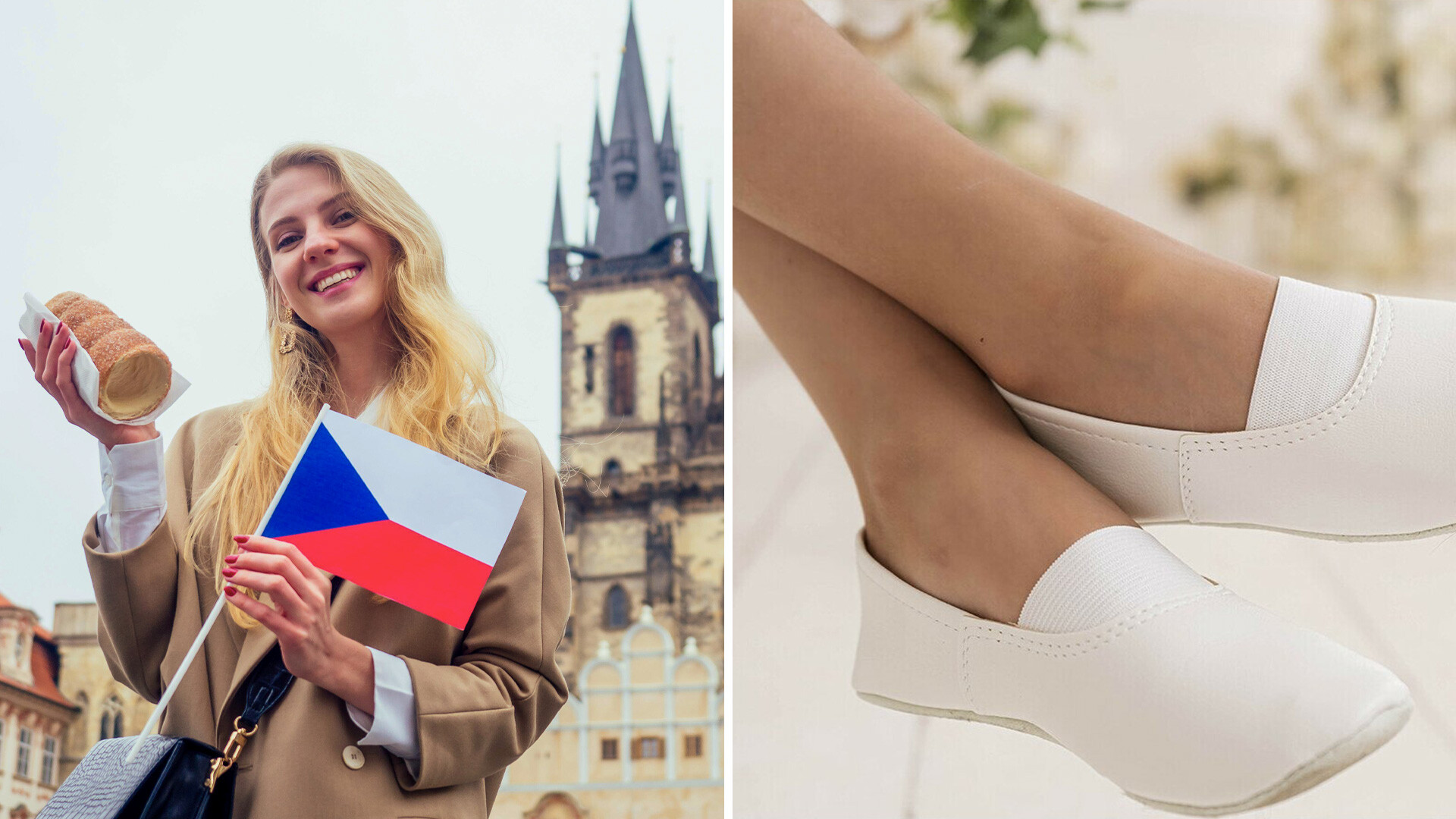 “Czeshkas” are familiar to absolutely everyone in Russia and the former Soviet Union: in kindergarten they were must-have gym shoes. These thin-soled athletic leather slippers were created in the Czech Republic in the 1870s, but only a century later appeared in the Soviet Union.

“Not a single matinee could go without black shorts over white tights pulled up to the chest, a frilled shirt and… these black ‘cheshkas’. The girls had the same tights, white dresses and white ‘cheshkas’. remember the mixed sound of “cheshkas” on the floor of the kindergarten hall,” people recalled on an Internet forum called “Back to the USSR.”

Czechoslovakian shoes were generally favored by Soviet citizens, as they looked more aesthetically pleasing than Soviet-made shoes. Shipments quickly disappeared from the shelves and it was easier to find a pair of Czechoslovakian shoes on the black market, rather than in stores.

For some citizens, the word “yaponka” makes them gag: it’s the medical jargon for gastroscopy. The name appeared due to the fact that endoscopic systems supplied to Russian medical institutions were often manufactured in Japan.

Our website and social media accounts are under threat of being restricted or banned due to current circumstances. So to stay up to date with our latest content, just do the following: